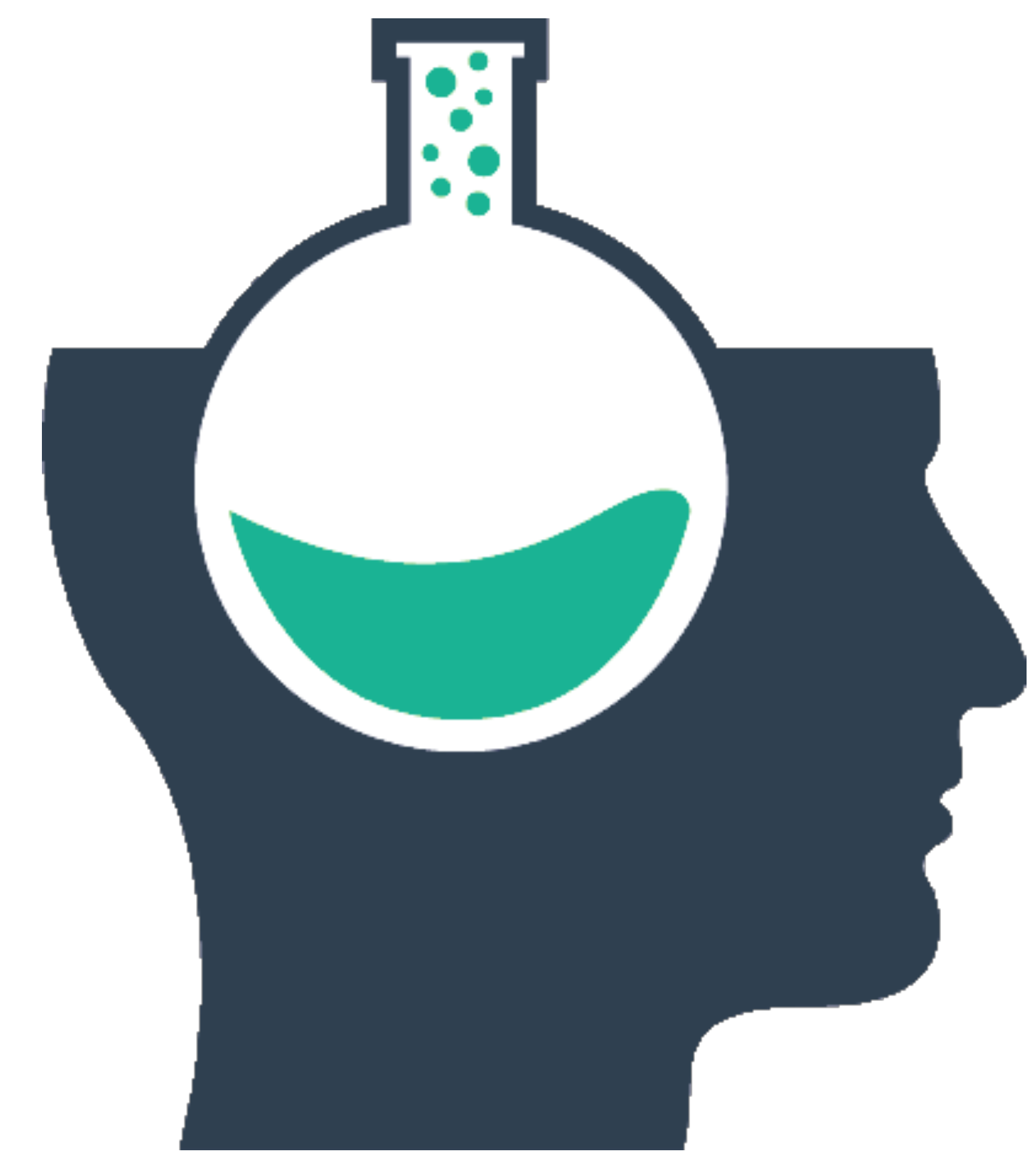 Easy way to crowdsource and evaluate ideas from busy people

When I was evaluating the options, one thing that stood out with Ideawake was the people. It's a big enough company to deliver top-notch software and customer service but small enough to know team members by name. Because Ideawake is nimble, our rep was able to customize the software to fit one especially complex idea challenge. They listen, respond quickly and value their customers.

It's easy for idea challenge participants to access the site through single sign-on, contribute ideas and interact with others by leaving comments or upvoting other people's ideas. One "complaint" we got from an early challenge was that it was so easy, people thought there had to be something wrong. Another huge benefit is its accessibility outside the network. Health care workers don't have extra time to use networked computers, so Ideawake makes it easy to engage with them on the smartphones, tablets or any computer.

The current version is a bit tricky to set up challenges, but the Ideawake team is very accessible and hugely helpful, so we lean on them for back-end help. Once an idea challenge launches, we can typically troubleshoot most issues. I have seen a demo of the next platform, which will make it easier for administrators, so this shouldn't be as much of an issue.

Map-out your innovative ideas and make it happen

Crowdsourcing within your organization has never been so problematic before thanks to Ideawake, its gamification helps a lot and it boosts contributors’ motivation to validate their ideas. Innovation is an important part of any organization especially in the B2B Marketing and Advertising Industry where constant ideas need to be materialized so that innovation is in constant motion.

Maybe because of its great features, some contributors will think out-of-this-world ideas not out-of-this-box ideas hindering efficient gamification but we can handle it.

The ideas that we gathered have been an excellent starting point for a variety of projects and initiatives. The Ideawake platform allowed us to put a finger on the pulse of our organization in a way that would have taken a significant amount of time and effort in the past. We had a solid participation rate with very little training required.

We had a few instances where the software functions did not work properly and this impacted our ability to engage with users on their ideas. The Ideawake team did their best to quickly resolve the issues and were very responsive. However, some testing in advance of rolling out changes would be helpful.

Overall experience is exceptional. They are eager to update the platform and make improvements throughout the work. It's been a joy to work with them.

Software is very intuitive. We appreciated the ability to track and manage the ideas as they came through the system. Evaluation and collaboration was easily achieved via the software. The up-voting was a big hit.

We are very pleased with the software. Our only challenge related more to the sheer number of ideas that were submitted by our employees, and the innovation team's need to further categorize and analyze the ideas. An in-depth analysis of the ideas is limited within the platform due to the way the ideas are captured (at an aggregate view, you can only see limited information on the ideas, i.e., title only. This required us to export the ideas into excel and then toggle between the spreadsheet, the platform and post it notes to further refine the ideas).

Great Experience for Just Starting Out

The customer support in helping prepare us for our first innovation challenge was extremely helpful.

The tool has been incredibly easy to use. We didn't do any training for our first innovation challenge and yet we exceeded our usage goals. When we had a question on something the team was quick to help answer them. Also enjoyed the flexibility in setting up our own unique workflow for ideas to go through. Its more than a tool, there is also a process and best practices we got to take advantage of.

Nothing with the software or the process. Its more on our end with how we integrate systems. We rushed ourselves a bit to get our first challenge out there. If I had it to do over, I would have taken more time with tool setup and prep.

Ideawake Gathers Your Ideas Together in One System

Whenever we have meetings with the creative and technical departments, we are always brainstorming about ideas. I call it the meeting with the greatest minds because I’m always learning something new. It keeps me motivated to work better. Ideawake is an amazing application that allows you to put this ideas into good use. We compile them together and see which ones we can apply to our work. We also use it for the outside consumers because they are the ones who can provide helpful advice. Their added features are project management, tracking and status developments. Such a useful software for everyone.

Haven’t encountered any problems so far, but I heard from my co-workers that they were not too happy with the customer service department because they had to wait for a long time to receive their reply for a certain issue. Other than that, a perfect 10.

Quite simply: Ideawake combines all of the most desirable features the competitors miss in one way or another (and likely a much higher price). What I like best is Ideawake is set to scale with your company - NOT built to be a one-size / one price / consulting required solution. > Activity Dashboard > Challenges -> Fixed or open duration > Brainstorming > Collaboration > Creator Tracking > Idea Ranking > Project Tracking > Status Tracking > Easy Administration > Can securely keep idea management internal, AND open up to external sources.

We use it to improve the environmental management and work safety system of workers and it works very well, increasing the competitiv eness of employees because they strive to provide the best solutions. Another contribution of the software is that it allows us to identify problems and situations that we did not know, because the employees take advantage of the surveys to also comment on other situations that were unknown.

The approach that allowed us to do with the workers of the different areas. The work environment improves substantially because they begin to understand that we work for common problems, that we are interested in improving the environment for all.

I liked the least is that there are many valuable individual ideas that can not be incorporated. In addition, it does not classify ideas or projects according to their viability. If we could incorporate a greater number of physical and engineering variables would give us the feasibility or discarding of ideas or projects at one time

Great! Having the ability to have a way to offer ideas from your frontline folks goes a long ways.

It allows you to see the creativity that many employees within your organization may have that could not get or be able to present a voice in the past. It also allows you the ability to work with key stakeholders on new solutions which goes a long ways in your continued success in your respected business.

Price, ease of use, customer support and guidance for the launch of the platform. The platform works just as well for internal ideation and for external open innovation programs.

It's a very easy and smart way for our caregivers to share their ideas and build team engagement.

Higher engagement, competitive advantage, more ideas, motivated staff. Our staff has been actively using and promoting the solution. Everyone is motivated to work their ideas.

I enjoy the interface and ease of use of the platform. It has enabled our staff to think about their problems differently and provide potential solutions.

I think the software has great functionality, and the customer service was great!

I really liked the "challenge" idea, that it can be set for a specific period of time and changed. I also liked that you could comment and "like" peoples ideas and then move them through the workflow to get the idea put into action.

I thought the general concept of the software was easy to use, but it got very complex when thinking through the workflows. Our company is small, but depending on the idea, it could go through a different workflow each time. Plus, we communicate to each other verbally, and our culture has taught us to NOT hide behind our computers if we have an idea, so the software was contrary to that.

Customer Service that Helps You Implement, Not Just Capture

Ideawake is the most "service as a software"-like company I've worked with. The team is deeply committed to ensuring that ideas are not just captured, but also VALIDATED (huge), and have a process for being tested and implemented. This makes a huge difference.

Nothing specifically comes to mind. Perhaps their UX/UI isn't as intuitive as some other platforms, but this wasn't a deal breaker for us.

Ideawake is a great tool backed by even better people

The best part of working with Ideawake is the support. This isn't just "Here's the software, Godspeed and good luck." The team at Ideawake is proactive about supporting their customers. They will do everything they can to help you have a positive experience.

Ideawake is very intuitive to use and democratizes idea generation.

There is nothing I dislike about Ideawake.

A great help to motivate and capture innovation

This software save a lot of time in meetings within and outside the organization to find solutions and ideas and then evaluate them, because everything is made online in a very simple way with the tool

So far we haven't had problems with the tool

Must have Admin driving the process, also target audience must be smartphone user or web user. Many of our hourly employees have not crossed the digital divide.

Propose ideas, review them in group and recognize talents in workers has been facilitated with Ideawake.

Great for collecting information from target group, has a free demo which can tell you whether this product is for you or not.

No cons so far, great interface, user friendly, has a great potential if used properly and stable support.