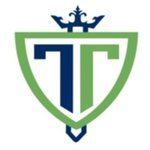 Used other for 1-2 years

The overall experience is very positive, I like how easy and fast it's possible to organize any virtual event with this software. The support team is also amazing!

For some advanced functionality onboarding is required.

We usually have our conference in person but due to Covid we had to go virtual and EventTitans was a great platform to create an experience as close to our in person event as we could. Overall it was a great value for the level of customization and features they offer and the customer service and responsiveness was fantastic.

The price point for this product was fantastic compared to similar platforms and also included the ability to customize it to our needs way beyond just changing colors and logos. They incorporated items that involved their development team to build custom for us. The EventTitans teams was always available for any issue or requests we had. We had many comments from our conference attendees on how it...

Some of the behind the scenes administrative/build functions were not as intuitive as I had hoped but I was able to become fairly proficient with it with the help of the EventTitans team. They were always willing to walk me though anything I was unable to figure out. I think some documentation and guides would be very helpful.

Not focused on the Exhibitor at all...

Overall, I think your online virtual conferences are "middle of the road". I have participated in events on other platforms that offered less ability to prepare the booth with materials but were better at connecting you with attendees through a virtual calendar where they could request a video call at a later time in the day. I have also been on platforms that offered more interactivity, even allowing...

The chat features were useful to interact with people who came by the booth. However, you have to reload the page every minute or so to see who has visited, it did not update on its own very quickly. Perhaps once every 5-7 minutes, which is enough time for the visitor to leave before you can engage them. I liked that you can upload "handouts" and videos alike, that definitely helped the booth feel more robust.

The rating system doesn't require a visitor to interact with the materials or the exhibitor at all before leaving a review. In fact, we had someone stop by the night before the event took place and leave a 3-star review without having watched any videos, downloaded any handouts, or trying to chat with the rep who was manning the booth during the set the exhibit hall hours. It gave us a negative review before the event even began. We also noticed in our second event we couldn't actively reach out to visitors via chat. They had to open the chat from their end. When I viewed our booth activity and clicked on the attendee name nothing happened which I found odd because in the first event and last event we participated in we could click their name and proactively start a chat with them.

EventTitans - Up and coming, lots of potential, great value!

Great group of people to work. Extremely tentative and professional. Questions/issues were answered in a timely fashion. Great price for the platform compared to others out there. Would definitely recommend ET.

When I was looking for a platform to host our virtual conferences it was really important for the platform to feel like you were at an in-person event. ET did that for us. What I liked most about the ET platform is the look of the virtual lobby and most especially the look and functionality of the virtual exhibit vendor booths. I also was looking for a platform that could support gamification and EventTitans did just that. We were able to have our attendees engage with the platform and connect with our vendor sponsors by offering up "tickets" for completing certain tasks within the event.

There were some minor hiccups along the way with the uploading of some documents in the vendor booth and attendees not receiving their invites to access the venue but all of these minor issues were handled pretty immediately. I didn't expect there not to be some hiccups.

Thanks much for your feedback Heather. Appreciate it.

This site is very easy to use. I say that as a customer and administrator. When I had a problem they were there for me almost immediately--and I didn't have to jump through gatekeeper hoops to get them to help. All I did was shoot them an email and the problem was solved within a couple hours. On a weekend! I also ordered product to test it out and it was surprised by how easy it was to shop and order. Simple and easy. Thank you, EventTitans!

Easy to set up and use. EventTitans contacted Stripe for me and got it connected. They got my fundraiser event organized and the page designed, and made a dashboard that I could understand and quickly. They get it--we don't have time to learn a lot of fancy stuff because we're busy running our non-profits.

I didn't quite get that I could shop for all coffee choices off the one SHOP button, but that one was on me. I wish I could change our photos as we get new ones, or maybe add some quotes about the organization.

Thanks a bunch Linda for your kind review. Appreciate it.

They have bent over backwards to adapt to what w do and have it perform for us.

I like it's versatility to adapt to our needs for our fundraising company and the platform that opens up further options for our customers.

We use Safari for our operating system, and the website prefers me to use Chrome. Small problem.

The software enabled us to organize and execute our first major event at our facility.

The features included for the price far outweighed competitors.

Had some functionality challenges due to beta testing. The customer support was excellent and any issues had were resolved quickly.

At the time we used the software the mobile app wasn't available yet.

The custom look of the event page and workshop spaces.

Some of the functionality on the back end wasn’t easy for my team to learn and implement.

Thanks Simone for your feedback. We are always working on improving the UX. But definetly with 18 solutions in 1 it does require someone to implement more than one event to get more familiar. Your suggestions are always welcome.

This software is very customizable. The customer support it great too.

Interface is simple but could be further simplified.

Thanks Katherine for the review. We enjoy working with you and your team.