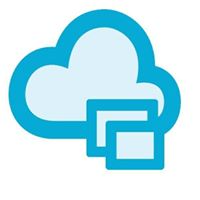 Great customer support during the trial and after the sale, both from sales and technical support.

I check in on 50+ machines every morning before the clients arrive to work. Once I started using this solution the time it took to accomplish this morning routine greatly reduced and has worked flawlessly every day. I used to maintain a 2nd remote remote solution on each customer machine, increasing my cost and causing the remote machines to run a backup remote connection. That's no longer necessary saving me money, time and our customer gain machines that are running one less program.

It works as advertised, now for a month and I use it every day. Only a month? I just left another remote solution that failed on random remote machines every day so RemoteToPC is a very welcome change.

What's not to like, It Works. Could there be added features, of course but for now given that this software, putting it simply - works I have no complaints.

This beautifully designed piece of monitoring software performs well and does the monitoring trick almost the same way as some competitors, but for less than a quarter of the price. Installing the software is a piece of cake! You can group your clients, check the heartbeat of your servers (critical system alerts will appear on your mobile or via mail), can do the necessary checks on harddisk space,...

Value for money! Simple to install, simple to take over your clients PC, promising monitoring abilities,

Some other products are a bit faster, when you remote control a PC or server. There should be a possibility to hide a password when installing the software by a deployment rule. It would be nice to auto hide remotetopc and disable the possibility to stop the software from being active.

They were ok , in the early days but recently i had repeated issues and when i attempted to get support for them , they basically were 'short' with me and made out as if i was doing something wrong , rather than investigating my issues properly. A few hours later they responded by e-mail to admit there were some issues with the deployment packages , too late now !!

It was one of the cheapest options on the market.

When the programme carried out updates it could 'kick me out' and require me to have to attend the unmanned remote site to restart.

Since you have a unique environment of laptops with lids closed, for a few minutes I thought the problem was due to that, but quickly changed my mind. Very sorry again for thinking it was on your end. We were in the middle of a new version roll-out and I was dealing with partial (and wrong) information on my end for your specific problem that day.

Ongoing monitoring capabilities for IT to continually manage and support small businesses.

I can have a support group monitor within my computers of all employees whether on site or off site. The support team can remote in and fix whatever problems are occurring.

I like the ability to use a free trial and the ease of use. It's easy to set up and the website is super helpful. There's always a lot of support - whether through helpful screenshots online, or the support team remote logging in to your PC.

I wish the free trial were longer than 14 days. It's a lot of work to get through any vendor management due diligence especially related to monitoring/ IT. Basically it's hard to get a full-scope feel for how the system will work across the organization within this period so you kind of have to do a trial run on a smaller scale and make a decision to go all-in.

Great to get a team of people together to all collaborate on projects especially for construction coordination.

I dont pay for it because I always get invited to join a meeting but my experience has been great when using.

It is very fun to use. The installation is very easy, security is top notch and the alerting is very good.

The thing I like most about this software is the ability to monitor the health of any PC you have access to in the command center.

Remote to PC is great because it gives me seamless access with the greatest of ease.

Remote training and individual support has become a breeze!

Remote to PC has made remote training a breeze and allows me to give individualized support as needed from one easily accessible location.

I use RemoteToPC so I can remotely access my work computer from home if I have forgotten something. So far my experience has been very positive, functioning on my very slow internet where other products failed.

I've found that RemoteToPC has worked very well with our very slow office internet connection, where other products were failing and kept getting disconnected.

So far I have not found anything in this software that I dislike.