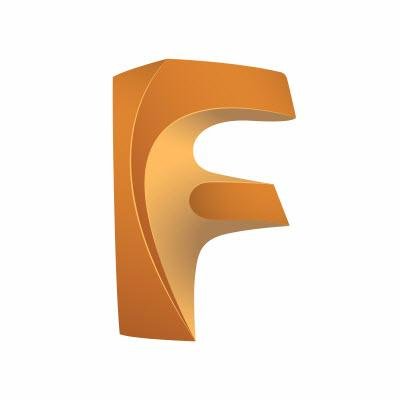 Fusion 360 by Autodesk is a 3D CAD, CAM, and CAE tool that combines industrial and mechanical design, simulation, collaboration,...

Fusion 360 had been really easy to learn and easy to use. The ability to have updated geometry transfer to existing geometries is super helpful.
I loved that it worked on my mac. I wound up winning two national awards while in school with designs I created on Fusion 360.
Customer service is fantastic and very prompt. They do a very good job of making sure that you are integrating to exactly your needs.

This is because Onshape is so portable, stable and reliable. It is a solid solid modeler with some very thought through features that are tested with the community before deploying it into the wild.
I also love how easy it is to share designs with other members of my team. The import from other CAD file types works great and so far it's just been very easy to use and get used to.
The stability of the software has been flawless, with minor hiccups being rapidly fixed by the outstanding customer support team.

Some specific issues with parametric modeling were noticed by me. I also noticed some problems with fillets around curves.
Continous updates and patches are released frequently. Some times this becomes annoying.
The user interface at first can be a bit confusing, and there's a lot of unlabeled buttons that take time getting used to.

Lack of offline caching causes Models to need to be reloaded when experiencing poor network coverage such as riding down the interstate while working on a customer design.
Printing is a bit of a pain; gotta export / download file and then print.
It is training and support that differentiates competitors. Onshape training is totally inadequate in my experience.
view all reviewsview reviews
view all reviewsview reviews

Easy to use, love price and cloud-based design

Used this for some basic models before building a prototype of a small robotic system, primarily because that's what they makerspace I was working with used and I needed to interface with their CNC machines. I was impressed with how quick the learning curve was, and was able to dive in and design quickly.

Learned this system after working with a number of other CAD systems in the past (solidworks, onshape and pro-E). It was a pretty easy learning curve. They also offer free usage to non-profits and startups making less than $100,000 per year, which is awesome for getting started with the system. I've seen a number of beginners learn the system to make simple 3d prints very quickly as well. Running off of the cloud is also great if computing power is limited.

As a newer software, there are sometimes features that have not yet been implemented making working clunkier.

It is really the first time I've felt excited to use a CAD program, and one that I want to learn in because it will be an industry changer (along with other cloud 3D CAD programs). They also have excellent tutorials videos.

It's free (public projects). It has built-in version control. It can be used on most computer (cloud-based). It doesn't mean maintaining (new features and updates rollout automatically). And it runs pretty smoothly and intuitively. It is supported by industry experts. There are third-party add-ons.

Still likely harder to use for those with advanced knowledge in a standalone CAD program. The CAM abilities are third-party, unlike Fusion 360. Probably still lacking some features that older programs have.

Limited to simple models due to being cloud based

I made about 100 different models and thought it was going to be my tool of choice, but I found I am not a fan of cloud-based services and switched to Fusion 360, which has offline capabilities.

I liked the original free version, however they ended up changing the service so it's not what it used to me. It was easy to use with many great features you'd expect from a modeling software.

Incredibly SLOW!!! Always waiting for the servers to catch up with my actions. No offline capabilities so if the network went down, so did my workflow.

tools are intuitive to a work flow, sketch tools are unintrusive and easily manged. surface modeling is picming up very well and drawings have come a long way

doesnt have a good free fea. fusion 360 costs me about 1 to 2 months of onshape and lasts for a whole year. also i cant scale in specified directions. its only uniformly. more attention should be given to having key base tools that give a wide range of skills easily.

Ease of use. Much easier than Fusion 360. Somewhat easier than Solidworks. Minimal hardware requirements. Can work from any computer, anywhere there is Internet. I really like being able to make multiple parts within a Studio. This saves time and eliminates the need to create assemblies for parts that have a fixed relationship. Good value, especially considering that no special hardware is required.

Must have a good Internet connection. Too many features rely on third-party vendors. Still not fully comfortable with having proprietary files under someone else's control.

Onshape has been a terrific platform to create my ideas and follow through to design completion.

Ease of use, intuitive , collaboration capabilities, online based - applications store is excellent - love the fact I can add functionality on a use (time) basis. Support is excellent and super responsive. iOS apps are well designed and laid out. Pricing is very competitive.

No offline mode - I know it needs a connection, but as a avid sailor it would be nice to work without a cellular connection, as one is only available close to shore. Could there be a offline mode like fusion 360? Also it does require a decent internet connection, so even if i have coverage, sometimes it takes a long time to load the models.

Overall a positive experience. Pricier than other tools in my toolbox.

OnShape doesn't choke on operations that some of my other tools struggle with. It is very stable, has a nice clean interface, and is pretty intuitive.

The STEP exporter doesn't always generate a readable file for some of my clients/toolmakers and I have to port the model through Fusion 360 to get a usable STEP file. When the feature list gets extensive, processing and updating can slow to a crawl. A color-coded feature list would be a nice option, as it becomes difficult to navigate when it gets long. I would love some rendering capabilities. Spherical patterning would be great too.

Hi Michael! We would love to schedule some time for us to discuss the issues you're having with exporting in more depth. We think there may be some best practices that will help solve this. Could you let me know some times you're free next week to chat?

See how Fusion 360 and Onshape stack up against each other by comparing features, pricing, ratings, integrations, security & more.