But what sets one helpdesk solution apart from another are the more novel features that offer a twist on a standard function, or which deliver something completely new to help customer service staff work more productively.

Whether you’re already using one of these customer support and helpdesk apps, or you’re looking for a final push to make a decision, take a look at some of the more interesting (and lesser known) cloud-based customer support software features.

Tagging is already a popular practice for online publishing on blogs and social media to find similar content, so why not adopt the same practice at a support level?

Tagging support queries with a word or phrase that describes the problem can make it easier for agents looking for an answer to a similar query. Once a ticket is tagged, an agent can click on the tag and see all other tickets with similar issues to get an idea of how they were handled, and ensure that the same message will be conveyed to the customer.

Popular helpdesk solution TeamSupport offers a tagging feature for its support queries, and even outlines a few interesting ways on how to use it.

One example is to identify superstar agents who are skilled at answering certain types of support queries, and then sending all of those support queries their way. You can also use tags to discover trends about common problems or pain points, and then use that feedback to make product improvements.

Adding a bit of healthy competition into the workplace in the form of gamification is becoming an increasingly popular practice, and it can be applied to customer support too. The idea is to provide incremental incentives for tasks completed, reaching different (usually symbolic) reward levels.

Popular helpdesk and customer support solution Freshdesk offers just this kind of gamification in order to inspire agent productivity with its Freshdesk Arcade. A point system based mostly on how quickly an agent can answer a query, you can assign point values for answering a query within a certain amount of time, or take points away for overdue tickets. The more points that an agent gets, the higher they’ll rank, ranging from Beginner to Guru. Depending on the nature of your support requests, you can set your own milestones to reach each new agent level. 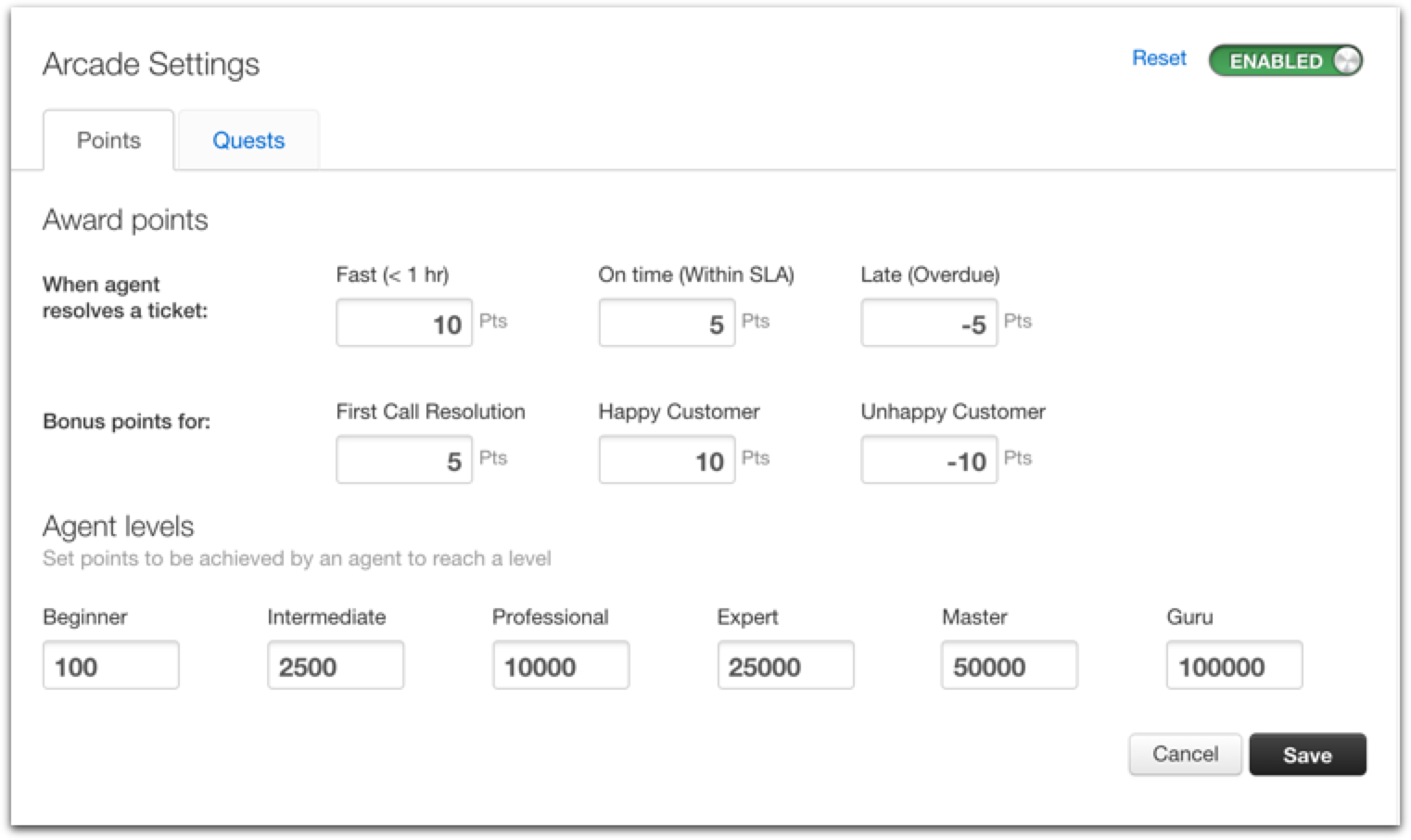 If you’re using Freshdesk and want to set up the Arcade, here’s a tutorial on how to do it.

Being able to automatically assign support tickets to an agent in a round-robin type of system was once a pipe dream for customer support agents using Zendesk. Fast forward four years, and someone created a Zendesk tool to do just that.

Users Michael Stone and Bill French created an application using the Google Apps Script that runs in a Google Sheet, letting you create triggers and automatically assign tasks to agents as they come in. This means that support tickets will be evenly distributed among team members to ensure that they get assigned and handled properly. Because tickets are tagged as a certain type of support problem, they will be assigned to the agent that’s both responsible for dealing with that type of support request, and is also next in line to receive a request.

While it’s not exactly a hidden feature of Zendesk, it’s definitely a useful add-on that can significantly speed up the ticket assignment process.

Here’s a full tutorial on how to set up the round-robin script for Zendesk.

Not knowing who’s answered a support query is annoying, both for the customer support rep putting in duplicated effort, as well as the user getting two answers to the same question.

This is where a policing feature like that offered by Help Scout can come in very handy. Dubbed ‘Traffic Cop’, the feature alters support agents if they’ve replied to an email query that’s already been responded to. The email will be held back, and the customer support agent will be notified that a response has already been sent by another agent. 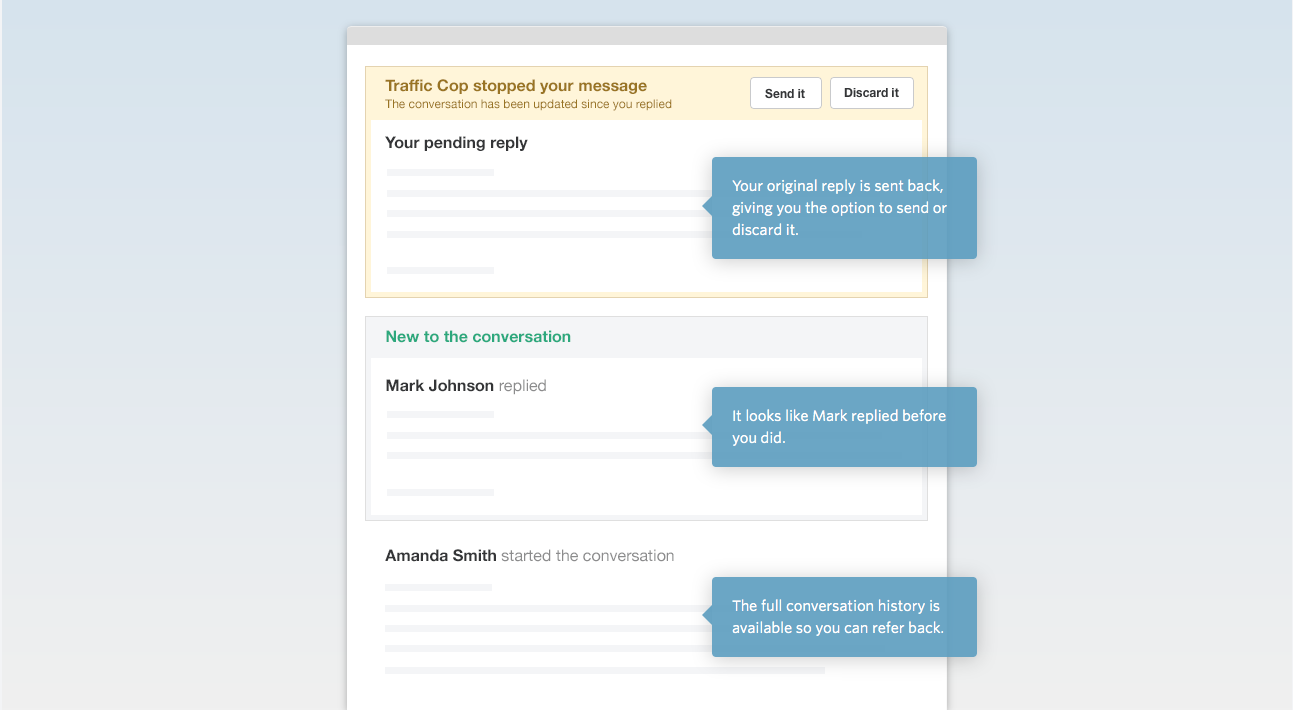 On a similar note, Help Scout also has a feature that lets you cancel an email up-to 10 seconds after sending it in case you’ve realized that you’ve made a spelling mistake, given the wrong information, or were a little too trigger-happy with the send button.

Live chat is an increasingly popular form of communicating with customers, and as the market for live chat software becomes more competitive, the race for more useful features has gotten heated.

The great thing about live chat is that when an agent is available, it’s one of the quickest ways for a customer to chat with them. The frustrating part for customers is when an agent isn’t actually online. To combat this, Salesforce’s Desk.com has added a way to customize its live chat button so that customers can know whether or not its chat is actually available. With just a few adjustments to the chat widget’s code, you can set images that show when an agent is online, when routing is enable, or when sending an email is a better option. 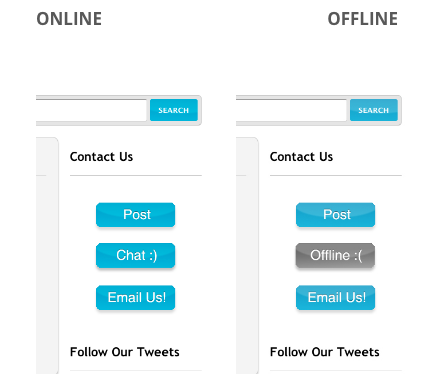 Sometimes it’s quicker to verbalize something than it is to type out a lengthy explanation.

As live chat continues to be a popular channel for communicating with customers, some solutions are taking it a step further to encompass the growing popularity of all things video.

In a Snapchat-like move, customer service solution Intercom has been working on adding a video response feature that lets you reply to customer queries by sending a video.

The feature is still being beta tested by a handful of users, but in theory, you’ll be able to use Intercom’s in-app messenger to record and send quick video replies to clients on the spot. By simply holding down the spacebar and using your computer’s camera and microphone, you can record your answer to a query, create a live demo, or walk your customers through a step by step tutorial. Interestingly, it’s much easier to get people to chat online than it is to pick up the phone, and this could be just the thing that a customer service solution needs to get more personality back into its support. 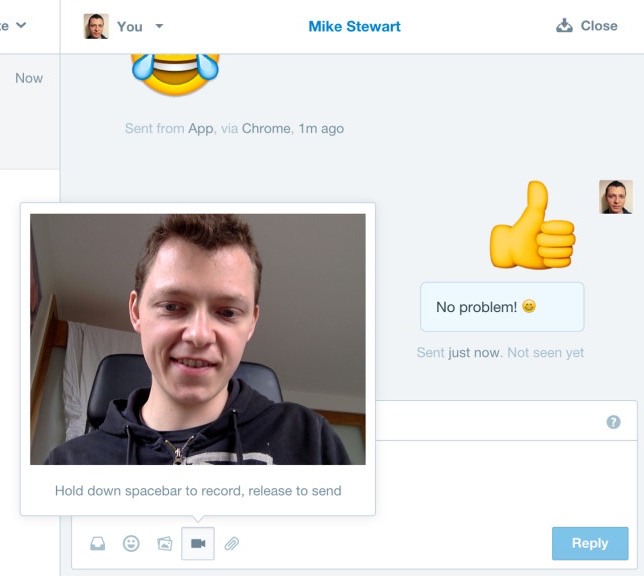 Intercom is the first to admit that it’s an experimental feature that wasn’t requested by its users, but it’s an area that shows potential for evolving the customer service experience.

If you’ve spent countless hours adding articles to your customer support software’s knowledge base, you’d probably have a heart attack if it all disappeared.

If you’re using Zendesk, you’re in luck- you can backup those articles thanks to a handy application called ZenBackup. After installing the app, you can quickly backup your entire catalogue of helpdesk articles to your hard drive to a folder of your choice as an .html file. Notably, it will only work with Windows-based PCs. 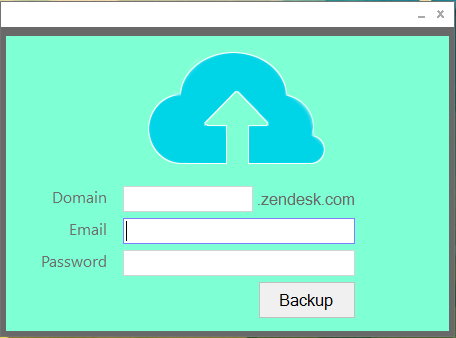 Whether you’re already using one of these customer support and helpdesk solutions or something else, you might be missing out on some features that could significantly speed up your company’s support process.

Check out support forums to get the inside scoop on tips and tricks, and don’t be afraid to poke around your support system and see what else (beyond the basics) it has to offer. You can also compare customer support software side by side to see which product has which features.