Google Hire vs. Workday vs. SAP SuccessFactors: The Battle of the Hiring Software

To compare Google Hire versus SAP SuccessFactors versus Workday, I analyzed each company's recruiting/HR expertise, as well as pricing, integrations, and features.

Following the release of Google Hire in August 2017, I wanted to see whether the product could really shake up the applicant tracking system (ATS) market by pitting it against other solutions already serving this space.

Both of these companies (or all three, if you consider SAP and SuccessFactors as two different entities) have long histories in the business software and general HR space, but because its recruiting products are much newer to the market, they make for a more balanced comparison.

To do a comparison of Google Hire vs SAP SuccessFactors vs Workday, I looked at each company's pedigree in the recruiting and general HR space, as well as pricing, integrations, and features, to see how they stack up.

Google may lack the long history in the HR, ATS, and recruiting markets, but the release of Google Hire is part of an increased focus on these markets.

Google launched its Cloud Jobs API in 2016 to help recruiters better source candidates. It's designed to use: "machine learning to understand how job titles and skills relate to one another and what job content, location, and seniority are the closest match to a jobseeker's preferences."

This was followed by Google for Jobs in early 2017. Google for Jobs uses an API to improve the job search process for candidates through its search engine and its existing algorithms and machine learning technologies.

The final piece of the jigsaw was the launch of Google Hire ATS in July 2017.

SAP has been a major HR player in its own right for quite some time, and it acquired SuccessFactors in 2012 in order to expand its offering with a natively cloud-based product. At the time, the strategy was to offer SAP's human capital management product on-premise and to make SuccessFactors its cloud-based offering.

While it still offers its on-premise ERP-human capital management (HCM) solution, it has evolved to offer a cloud-first approach to talent management which includes performance and compensation management, learning management, and now, recruitment.

In 2015, to beef up its recruiting offering, SAP acquired French-based recruiting software Multiposting, which has now been rolled into its SuccessFactors Recruiting solution.

Founded in 2005 by former PeopleSoft CEO and employees after Oracle's hostile takeover, Workday is a cloud-first HCM and financial management solution that is aimed at the same market as SAP and Oracle.

The company released its ATS product, Workday Recruiting, in 2012, which integrates with the rest of the Workday stack.

In 2014, Workday acquired HR predictive analytics firm Identified, which helped it improve its recruitment product through its social sourcing capabilities.

There are three main feature sets that Google Hire provides. These are:

Key features within these categories include:

Key features within these areas include:

Within these three areas, standout features include:

While publicly (on its website) Google insists that the cost depends on the size of your company, in a recent demo, it unveiled more detailed pricing plans. As the screenshot below indicates, a plan starts at $2,400 per year (no details on monthly costs), rising to $4,800 for 100 employees, and $12,000 for 250 employees. We assume that $12,000 is the ceiling for the product. 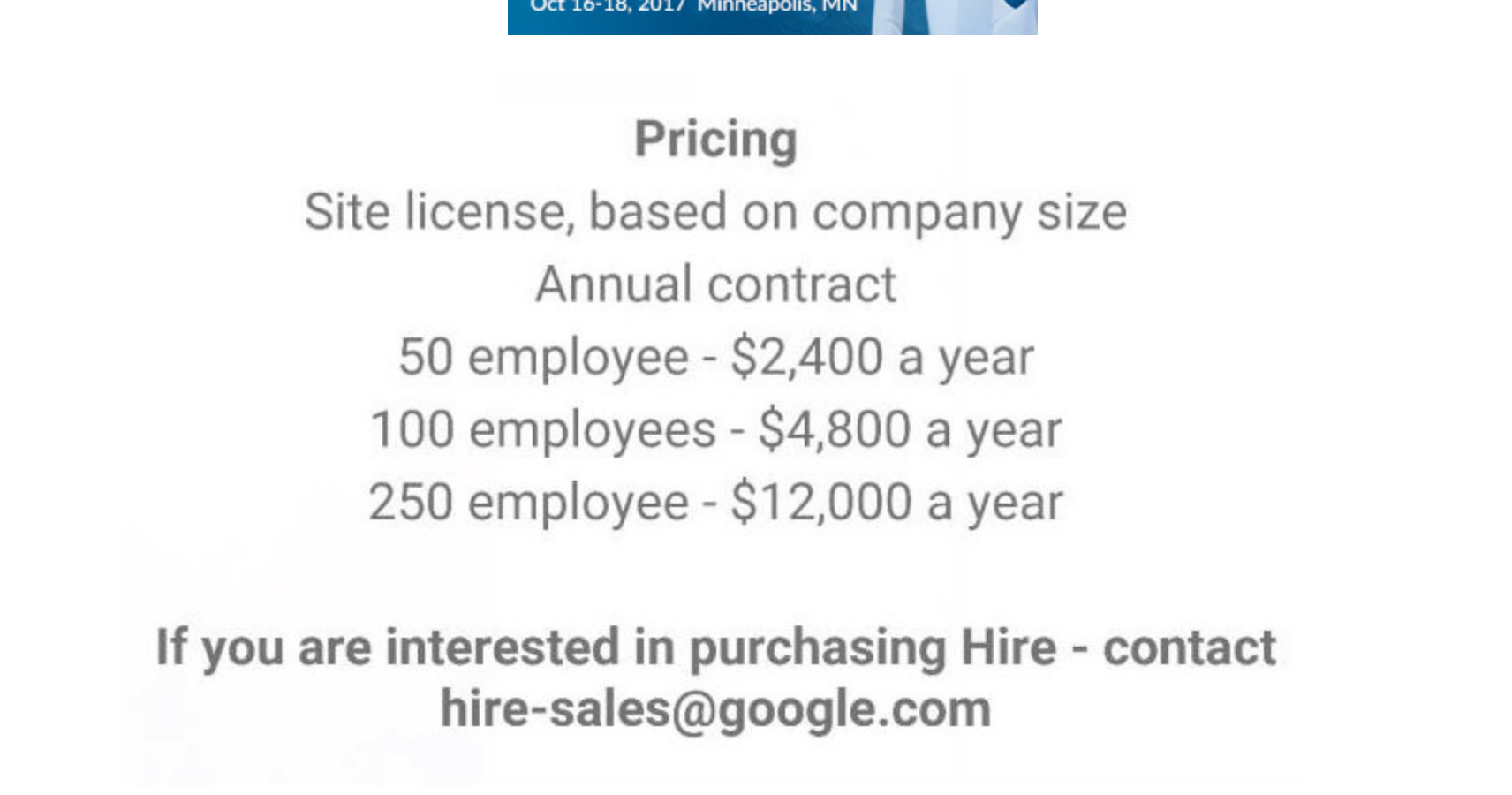 While that pricing is competitive for a more established ATS, this is not the case for recruitment solutions aimed at the small business end of the market. Zoho Recruit, for example, offers a free version, and the same goes for Breezy HR.

SAP SuccessFactors also offers pricing information on request, however on one Quora thread, a former SuccessFactors consultant says that licenses cost: "between 2000 usdls and 5000 usdls per month per 1000 users, plus implementation, integration with other systems."

SAP SuccessFactors is rated 3.5 out of 5 stars for value for money by GetApp users.

Workday doesn't explicitly put pricing for its HCM product on its website as- according to a Quora thread- it depends on the number of modules and service hours.

GetApp reviewers, however, consistently report that the software is expensive for small businesses, both for the product and for training.

Workday's HCM solution is rated four out of five stars for value for money by GetApp users.

Who is it for

Google Hire is specifically aimed at small to medium businesses, currently in the US only. In fact, Google specifies that you must be a business with less than 1,000 employees and already be a G Suite customer.

As previously mentioned, however, the cost could be prohibitive for smaller companies. Google has not yet revealed any pricing plans publicly (other than in its demos), and there is the possibility that it offers more competitive pricing options for startups.

SAP SuccessFactors Recruiting sells itself as being suitable for both small businesses and enterprises, and a cheaper household name alternative (through the SAP brand) to the likes of Oracle and Workday.

In fact, Workday markets itself more as an enterprise suite, and lists large organizations across a variety of industries on its customer page, including Netflix, Sanofi, HP, and IHG. Indeed, despite being a big name in the space, Workday's pricing may put it out of reach for small businesses, even ones with plans to scale quickly.

Google Hire's big selling point in this category is its native integration with the rest of G Suite. Although G Suite's penetration rate is still nowhere near as great as Microsoft Office (365), the company believes that many people are already using different Google applications in recruiting.

Examples of this include Gmail for connecting, Google Calendar for scheduling, Hangouts for interviewing, and Google Docs for collaboration.

SAP SuccessFactors Recruiting works seamlessly with the rest of the SuccessFactors suite of talent management products. This product also has the power of the SAP ecosystem on its side in terms of seamless integrations, which covers the company's big ticket products such as its ERP, as well as CRM, BI, and application deployment. 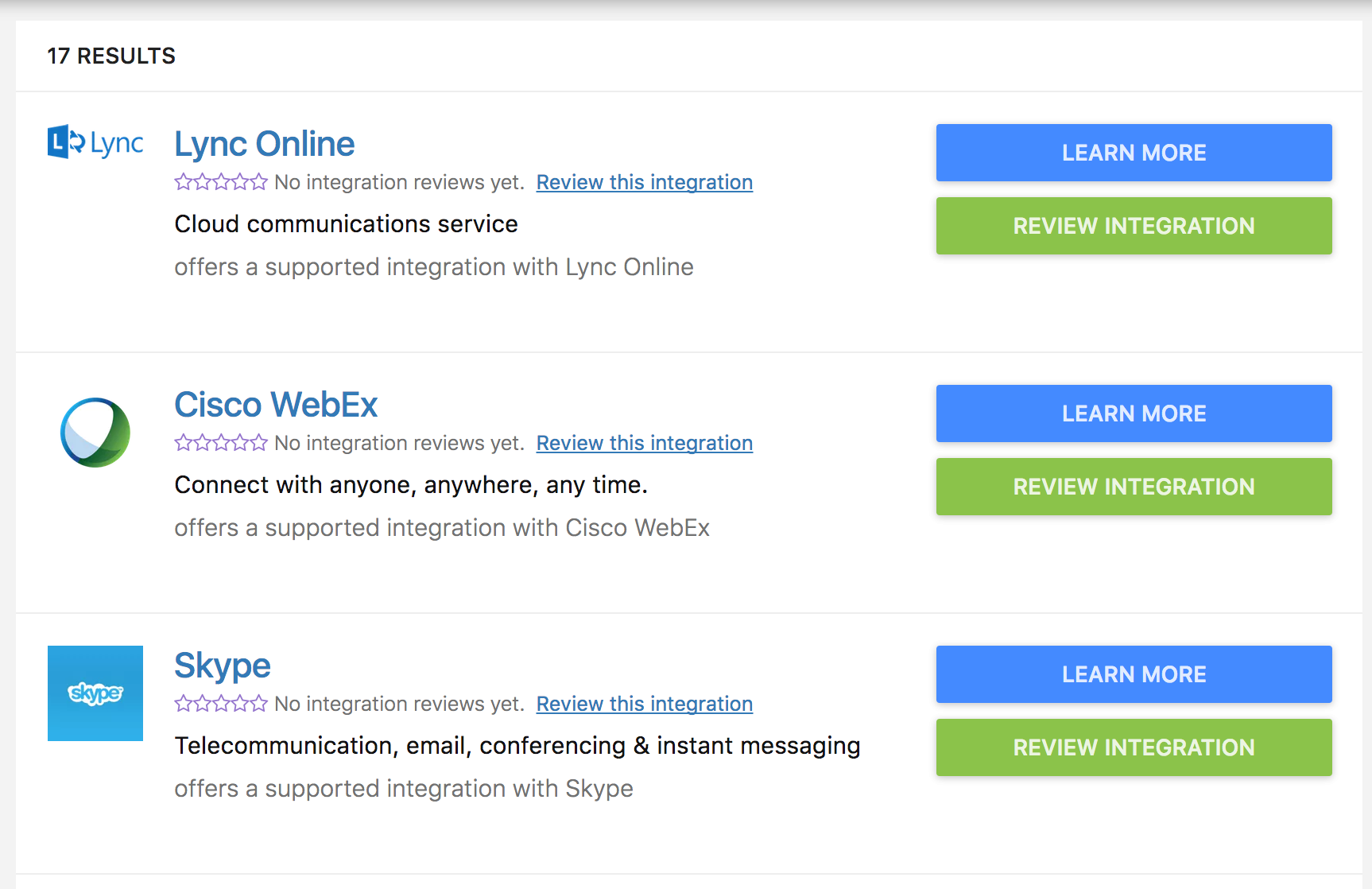 Workday Recruiting seamlessly integrates with the rest of the Workday suite of HCM and financial applications, which covers an ever-expanding breadth of functionality. This now includes a suite called Prism Analytics, which encompasses financial, operational, and people analytics.

Workday HCM also integrates with 19 other apps listed on GetApp (see screenshot below for examples). 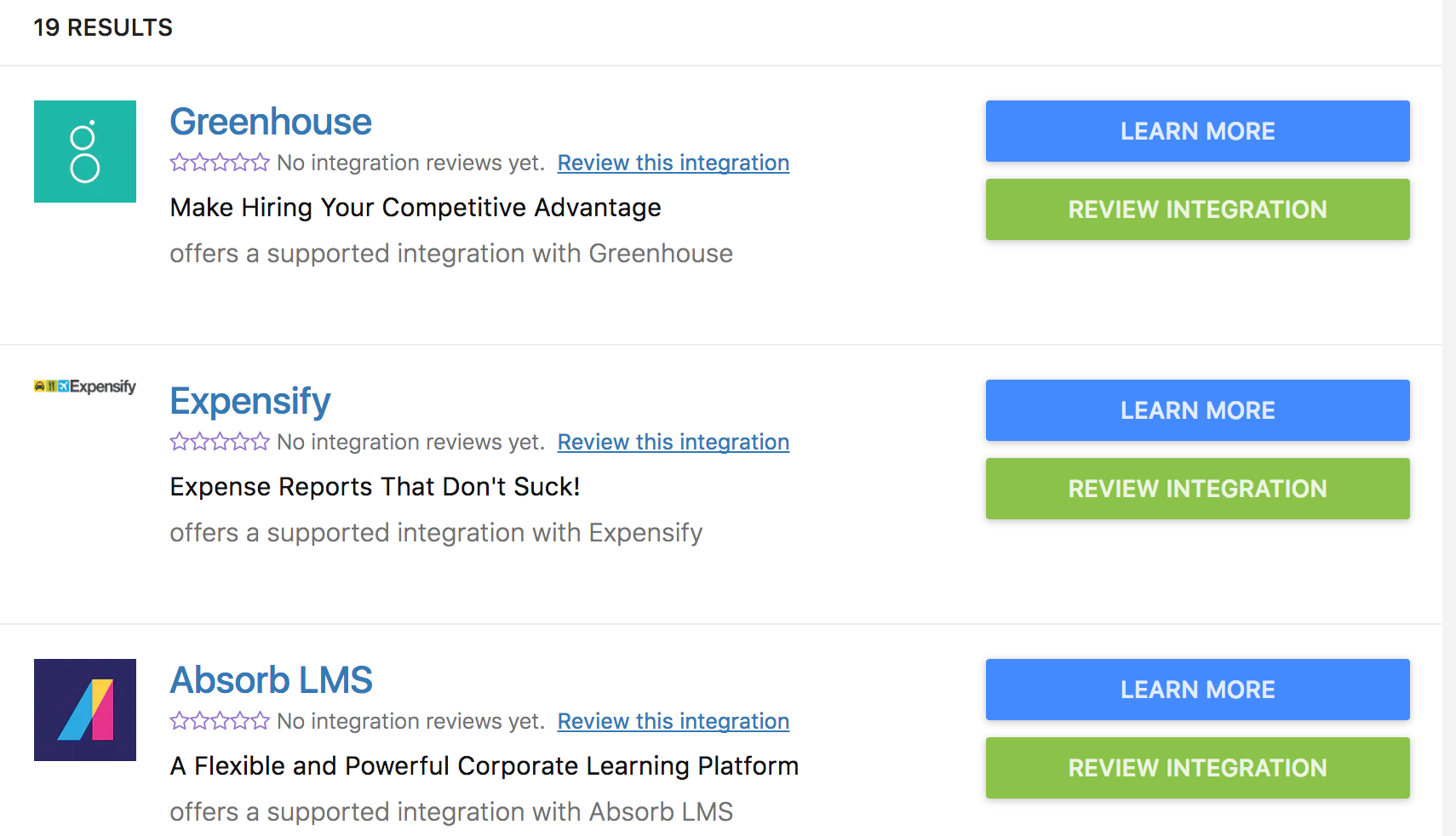 Google Hire vs SAP SuccessFactors vs Workday: which app gets your vote?

After pitting Google Hire vs SAP SuccessFactors vs Workday, it seems that Google Hire has the most potential for small businesses looking for a simple, (relatively) inexpensive solution that is easy to get up and running.

The caveat is that Google Hire is only available in the US at the moment, and it's still in its infancy. If you are looking for a solid pair of hands more suitable for businesses that are rapidly scaling, then SAP SuccessFactors is a good option. Workday, on the other hand, caters to larger businesses due to its pricing and complexity.

For more information, check out: