Workables: the future of wearables

What is the future of wearables at work? Apps for wearable devices are driving productivity improvements and gains in efficiency and speed.

Wearables will mark the start of a new era of computing. You might be pretty sceptical about that, with the Apple Watch not setting the world alight and Android Wear devices failing to make any major headway.

But that is what Microsoft’s CEO Satya Nadella believes, as he stated at Salesforce’s annual Dreamforce conference. The tech boss described them as the next “paradigm shift” in computing. But how exactly can having access to information from a watch (or even some glasses) benefit your business and is the time right to get into wearables?

We’ve already discussed their potential for inventory management and field service management, but apps for wearables are also starting to make a mark in productivity and collaboration. Microsoft itself has released a slew of its productivity apps for various wearable platforms (although, notably not its own Microsoft Band), while Salesforce and its partners have also been getting in on the act.

In this article, we’ll tell you:

This trend for wearables in productivity is being fuelled largely by today’s always-on, increasingly mobile workplace - the idea that employees can perform the same tasks with the same functionality without being tied to their desks.

“Wearables allow users to improve communication and collaboration among employees,” says Craig Daniel, VP of Products at join.me, which has a wearable app that allows users to quickly start meetings with the push of a button from the Apple Watch. “By nature, wearables promote an “always on” lifestyle, when paired with a business or productivity app, employees are able to collaborate much easier, which can lead to operational efficiencies.”

The join.me app for the Apple Watch allows users to start meetings at the touch of a button 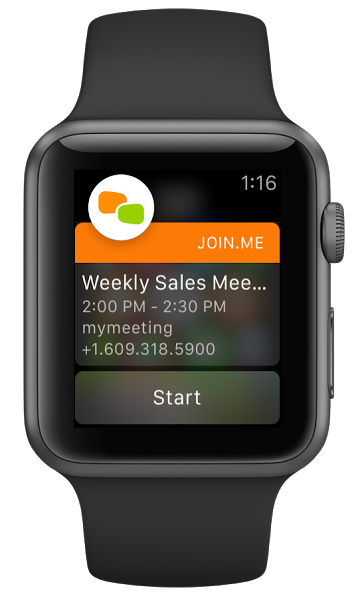 “It’s all about speed and efficiency,” adds Elliot Yama, AVP of Best Practice and Knowledge Management at Apttus, which has an analytics app for the Apple Watch called Approvals Intelligence. “What’s more efficient than getting productivity out of a ‘glance’? Access, mobility, streamlined reporting – all of these attributes are being taken to the next level by the wearables movement.”

Let’s look at specific use cases for wearables in this always-on office environment. According to Jaq Andrews, marketing and technology specialist at custom app development company Zco, the most obvious function of a business app on your wrist is scheduling: telling you where you need to be, when, and for what. “Getting people into and out of meeting rooms on time, for example,” he says. “You can also use wearables for authentication - NFC room access, replacing those RSA ID keychains with an app - and location tracking.”

The ability to fill out timesheets and clock in and out quicker, are other key productivity enablers. “As wearables become more affordable, more companies will embrace them for their employees,” says Uri Pintov, director of product management at ClickSoftware, which has two wearable apps, FieldExpert and ShiftExpert. “This is especially true for win-win scenarios, such as enabling employees to complete their timesheets on time more often, or, even better, if the wearable automatically clocks a user in/out based on location and ID detection built into it.” 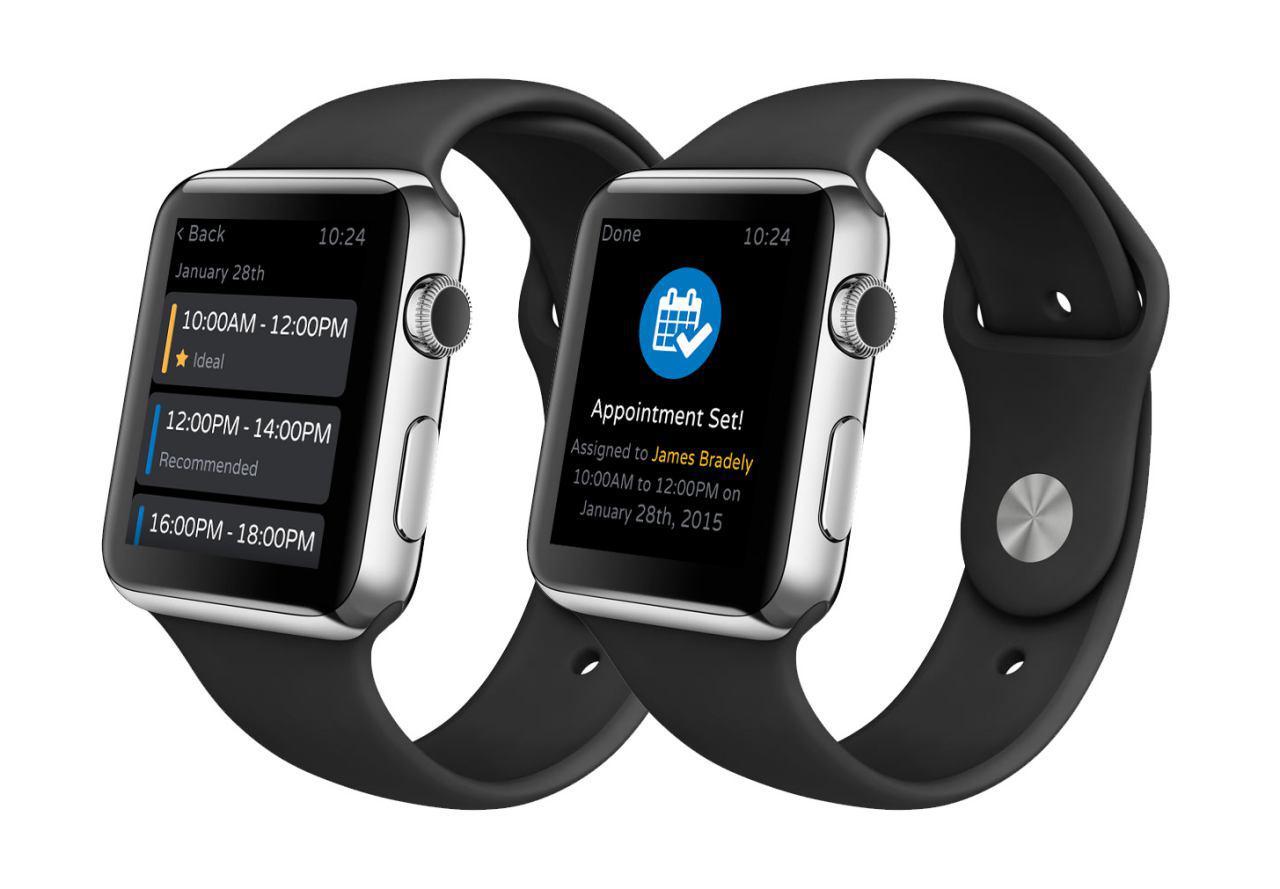 Productivity improvements can also be found in places where the wearable device solves a real problem for the user and makes an employee more effective when performing his or her job. “In field service or medical care, freeing up the user’s hands is key and the wearable is perfect for assisting with much needed on-the job-info,” says Pintov. “Also, user identification processes waste time and wearables today have the power to auto-identify the user and save a lot of time and grief.”

As Pintov mentions, there are some industries that stand to benefit more than others from the productivity improvements wearables can bring. Any business which has employees on the move that need access to information quickly and in a convenient way could see gains from wearables - doctors, nurses, emergency services, utility and telecom workers, for example.

“There are potential immediate wins for those that want a simple and accurate way to view real-time information,” says Marne Martin, CEO at mobile workforce software provider ServicePower. Martin believes that mobile workers stand to benefit from access to better status reporting or information that can be easily updated on the go.

From productivity to customer service

These productivity gains also spill into another key area for any company in any industry: customer service. “While providing service face-to-face, it is key to maintain focus on the customer,” says Pintov. “As such, using a phone during the service can be perceived as rude and breaks the service experience, even though there may be key information to be gleaned. A smartwatch is perfect for these moments because subtle glances do not break the service flow and enable the provider to be alert and knowledgeable, and quickly react to the needs of the customer.”

“Wearable apps will also be able to speed up processes like payment for goods, or for even interacting with the Internet of Things, one example being gaining access to secure areas,” adds Martin.

What are the drawbacks?

As with any other technology deployment in the workplace, there are always a whole host of factors to take into account before diving head in. Wearables can cause real problems if not implemented and integrated properly within your business.

“The same sort of issues exist for wearables as for any remotely connected device,” says Martin. “Companies that deploy wearables or encourage WYOD (wear your own device) must address security of data, utilization guidelines, and the ability to both publish and pull back corporate information in cases where it needs to be updated or an employee separates from the business.”

Is your business ready for wearables?

While there do appear to be real productivity gains to be seen from deploying wearable apps, it’s still early days and a largely untested area. Despite Microsoft’s Nadella being a major believer in wearables, that doesn’t mean they are right for your business, right now. It’s important to think about the real use cases in your operations, and decide whether they are a necessary investment that will bring tangible improvements or more of a fun, nice-to-have addition.

“Personally, I love using my wearable in business,” says Nick Espinosa, CIO of IT consultancy firm BSSi2. “I love being in a meeting with clients and like to know that I have incoming calls, email or text without having to rudely look at my phone or even my watch. The vibration tells me all I need to know and also if I should leave the meeting since someone is calling over and over. Right now for most people wearable tech isn’t indispensable. It’s fun and convenient but most can live without it.”

“In many cases there isn’t a real business need and the wearable actually makes it harder to perform a job instead of improving productivity,” adds Pintov. “This is also true for the consumer market where apps are released for a wearable but it is actually much harder to use on the wearable than on a smartphone or laptop. Businesses should be vigilant about identifying proper business needs, and not adopting wearables for the mere sake of it.”