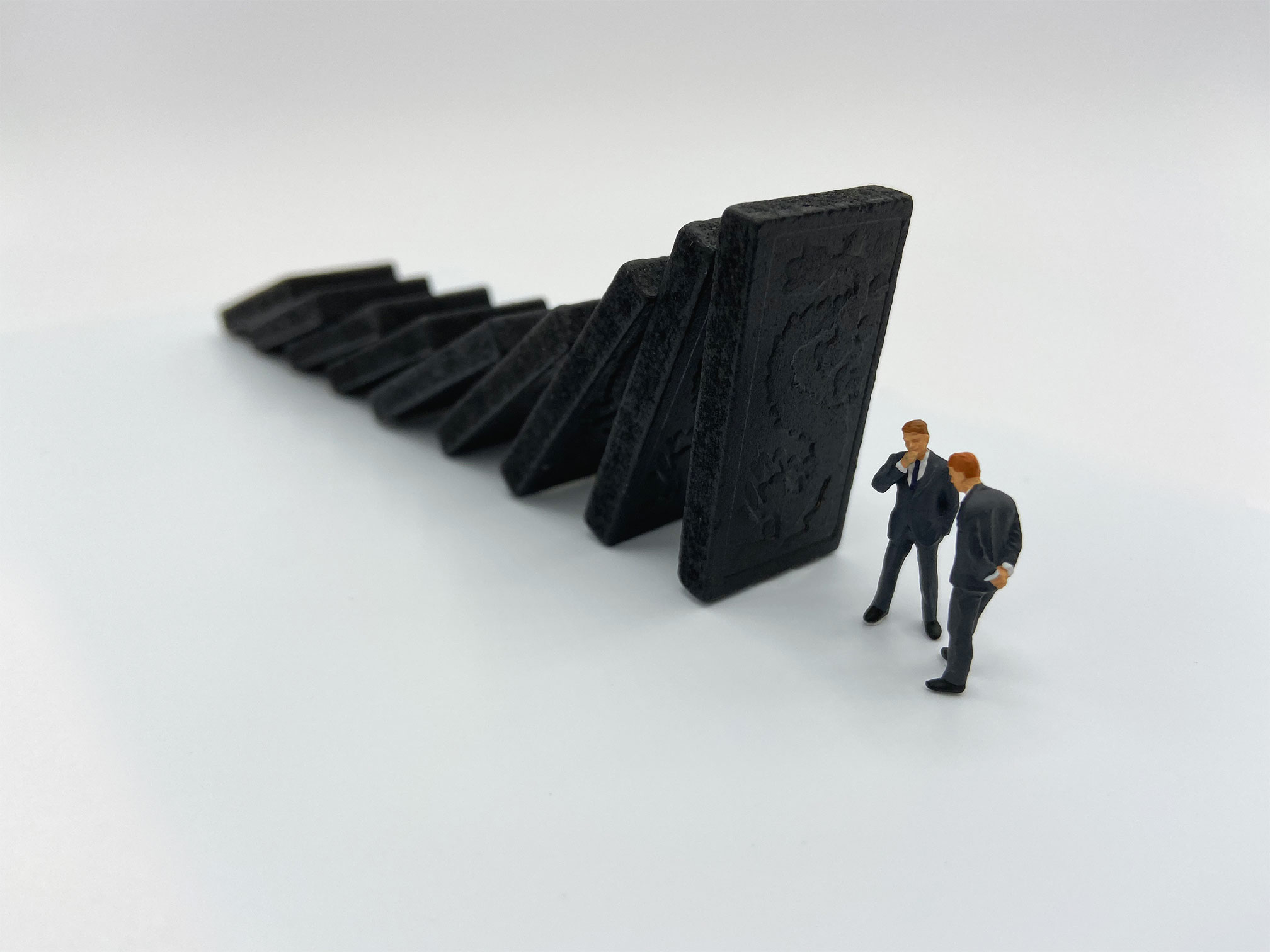 The Next Recession Is (Likely) Inevitable—Here's Why

The Fed is injecting billions of dollars into the repo market and the yield curve has been inverted for nearly one-third of 2019. Is the longest consecutive growth of GDP in U.S. history coming to an end? 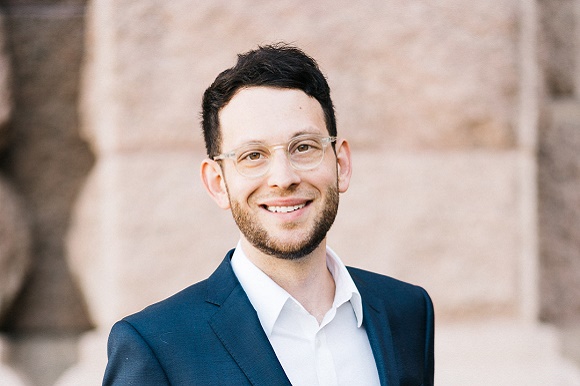 Below we explore what causes economic recessions, as well as the indicators that suggest the next recession is imminent.

Economic downturns and expansions are heavily influenced by available credit (and its counterpart: debt), which is controlled in large part by the U.S. central bank. The Federal Reserve influences interest rates and prints new money, making it an integral player in the availability of credit. Productivity growth and debt swings created by fluctuations in credit availability are the driving forces behind recessions, depressions, long-term growth, and the cyclical nature of the economy. 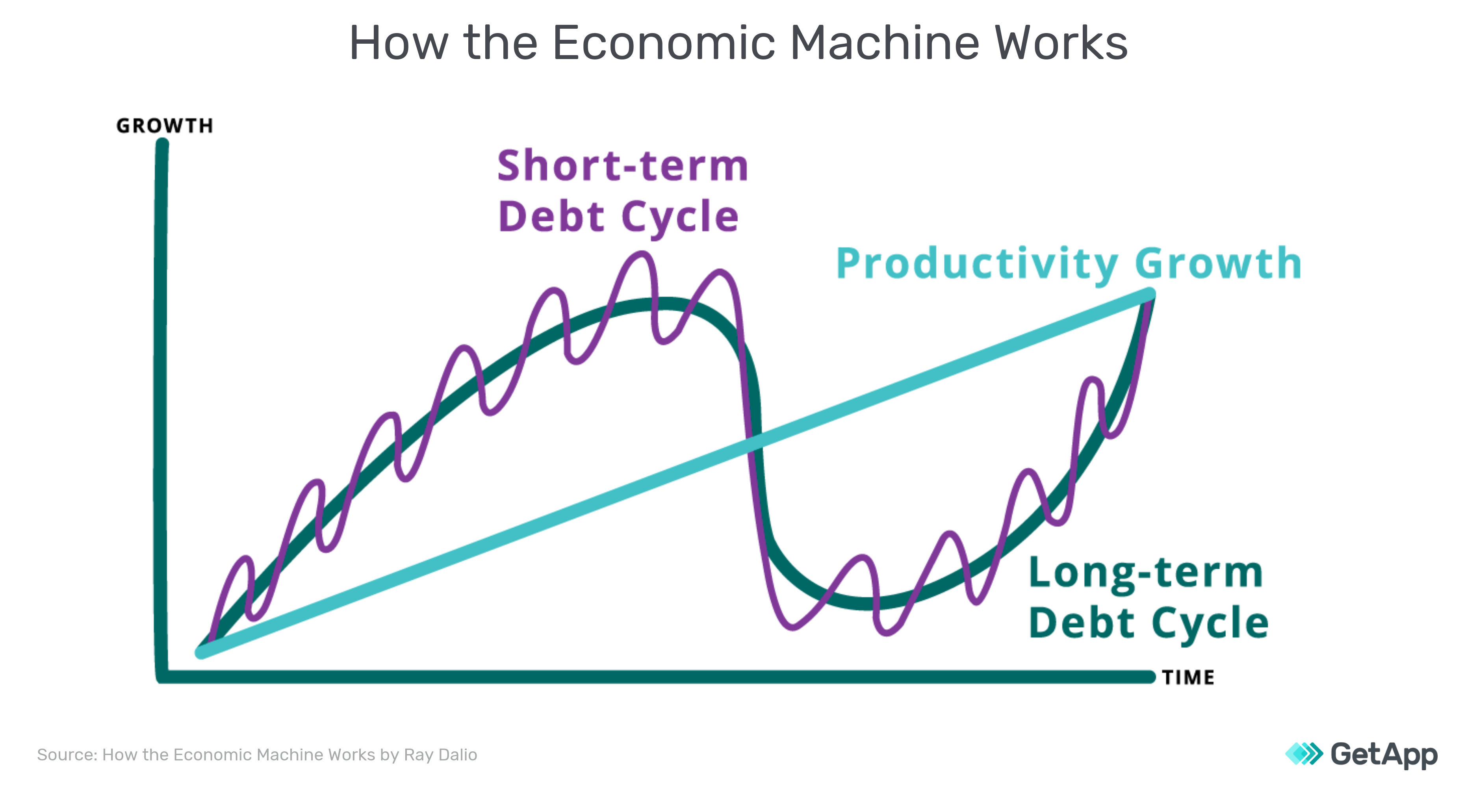 Ray Dalio, founder of one of the world's largest hedge funds, Bridgewater Associates, describes the economy as a simple machine made up of transactions. According to Dalio's model, each transaction consists of a buyer exchanging money or credit with a seller for goods, services, or financial assets. People, businesses, banks, and governments make transactions, with the total amount of spending (money + credit) driving the economy.

One person's spending is another person's income, and economic growth is spending that begets more spending. As available credit increases, spending also increases. This is the foundation for understanding fluctuations in the economy, which are the result of short and long-term debt cycles.

The pulse of the economy: Short and long-term debt cycles

What we think of as money is actually mostly credit, with $1.70 trillion worth of currency in circulation compared with $4.13 trillion in outstanding consumer debt for the month of September alone. Credit can be an efficient way to allocate resources and create new income that can in turn be used to repay debt. Unfortunately, credit can also fuel consumption that creates debt that cannot be repaid.

In September alone there was more than twice as much outstanding consumer credit as there is total U.S. currency in circulation. (Source 1, Source 2)

Borrowing creates cycles because when we acquire debt we are able to consume more than we produce. If borrowed money isn't used to create income, and instead put toward consuming more than we earn, we must consume less than we produce when it comes time to repay debt. Fluctuations in interest rates, and the pace of outstanding debt growth compared to income growth, lead to short and long-term debt swings that occur in two big cycles:

The short-term debt cycle typically happens every 5-8 years, repeating for decades, and is primarily controlled by the Federal Reserve. The cycle starts with an expansion, where increased credit leads to increased economic activity. Over time spending and incomes will outpace the production of goods, causing prices to increase (inflation).

To avoid the consequences of prolonged inflation, the Fed increases interest rates—reducing the amount of money that can be borrowed. Less credit means less spending and the economic expansion starts to reverse. As people spend less prices go down (deflation).

This reduction in economic activity is called a recession, and if it becomes too severe the central bank will lower interest rates to increase credit availability—starting the cycle over again. Characteristics of an economic recession include:

During a congressional hearing in mid-November Jerome Powell, the current Chairman of the Federal Reserve, suggested to lawmakers that low interest rates might be a permanent part of the economy moving forward. Powell said, “We're in a world of much lower interest rates that seems to be driven by long-run structural things and there's not a lot of reason to think that will change."

Additionally, interest rates were discussed in the latest version of the central bank's biannual Financial Stability Report, which highlights stability concerns identified by the Fed. It states, "If interest rates were to remain low for a prolonged period, the profitability of banks, insurers, and other financial intermediaries could come under stress and spur reach-for-yield behavior, thereby increasing the vulnerability of the financial sector to subsequent shocks." The report goes on to say, "while vulnerabilities related to low interest rates have the potential to grow, thus calling for caution and continued monitoring, so far, the financial system appears resilient."

Since one person's spending is another person's income, incomes decline—decreasing creditworthiness, causing borrowing to decrease as well (further reducing spending). The 2008 financial crisis marked the long-term debt peak for the U.S., Europe, and much of the rest of the world.

There are four methods that have been used during every deleveraging in modern history, including England in the 1950s and Spain and Italy in the 2010s, to lessen the debt burden:

Lower spending and debt defaults lead to an economic depression, marked by sustained downturn in economic activity that persists beyond the standard 5-8 year cadence of the short-term debt cycle.

Productivity growth is a steady constant

In economics, productivity growth is a ratio that describes measures of output per unit of input. For example, the entire economy's productivity growth can be calculated by looking at total GDP relative to total labor hours worked. As knowledge accumulates over time efficiencies are gained, increasing productivity growth—which has seen steady incremental gains across the U.S. and the EU for decades. 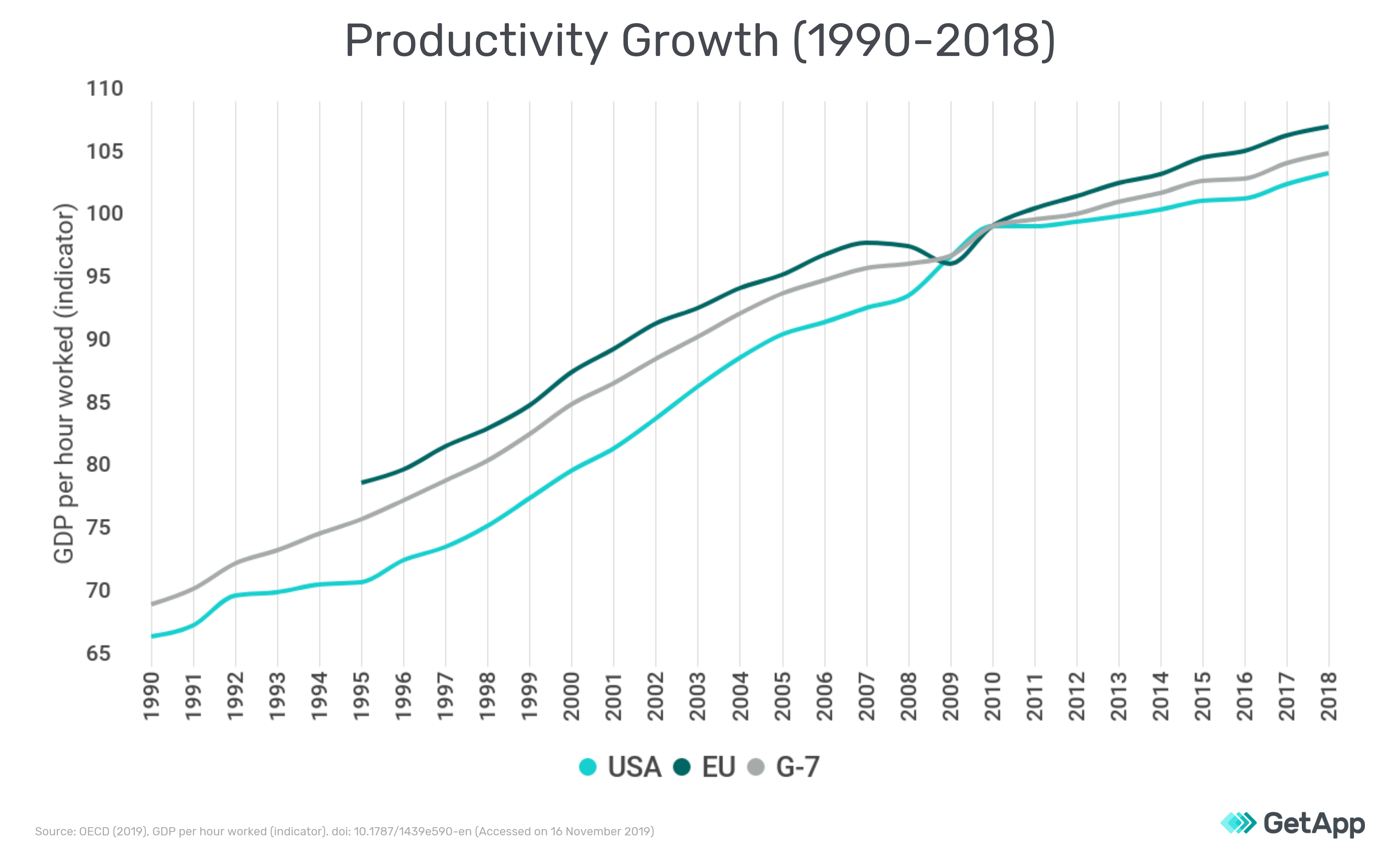 The Organization for Economic Cooperation and Development (OECD) provides an indicator for GDP per hour worked that measures labor productivity. (Source)

Productivity doesn't fluctuate much, and therefore isn't a major driver of economic swings. Debt cycles set the cadence for the rise and fall of the economy, while innovation and efficiencies (productivity) steer the economy toward growth in the long term.

Predicting the precise day, month, or even quarter that a recession will hit is difficult. Economists are seldom capable of accurately forecasting recessions, but rather let us know once we're already in one. There are a variety of indicators that serve as barometers for economic health however, this article will focus on just two: the yield curve and the repo market.

Historically one of the best predictors of an economic recession, the yield curve describes interest rates on bonds that are equal in terms of credit quality but have differing maturity dates. If the interest rate on long-term government bonds falls below short-term ones, the yield curve becomes inverted. 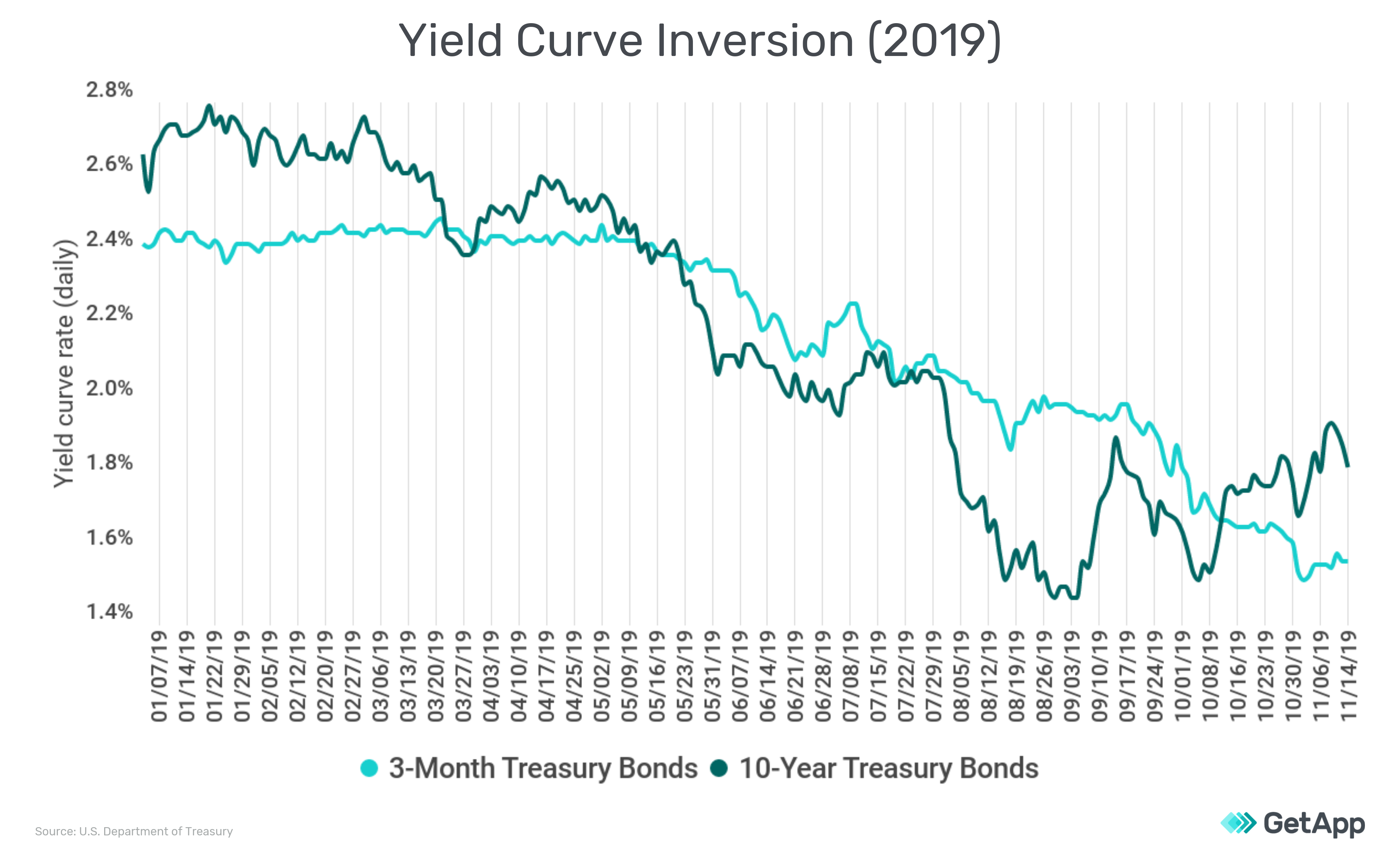 The interest rate on 10-year Treasury bonds fell behind three-month bonds briefly in March, then was consistently lower from late May through early October. (Source) 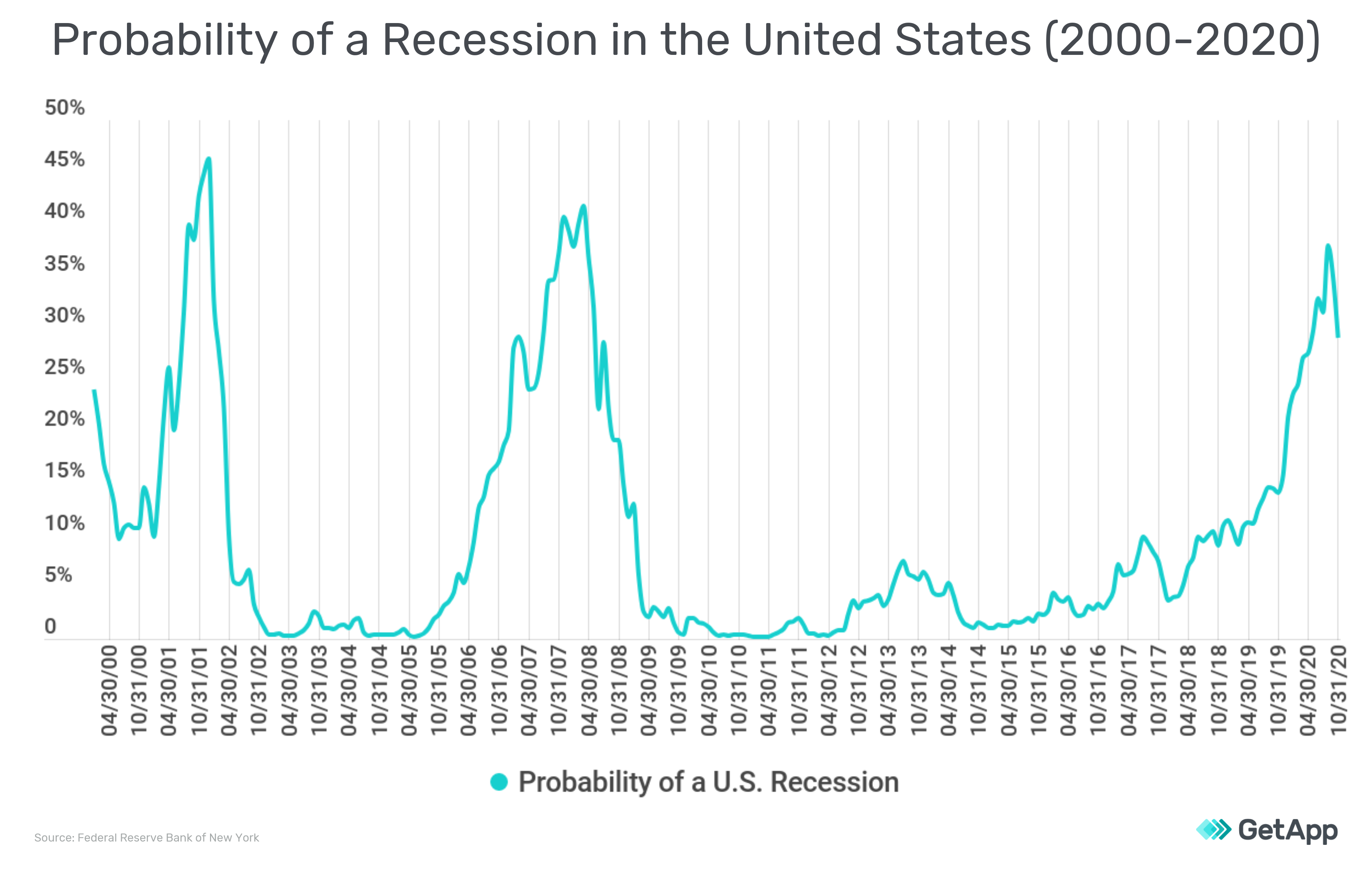 The probability of a recession will increase over the next year, peaking at 38% in August 2020, according to calculations from the Federal Reserve based on the yield curve. (Source)

The Federal Reserve uses the yield curve to calculate the probability of a recession in the U.S. up to twelve months in advance. The likelihood of a recession according to this model increases sharply over the next year, jumping from a 16% chance in November 2019 to a peak likelihood of 38% in August 2020.

While an inverted yield curve serves as an important signal of economic change, past inversions have happened up to two years in advance of a recession. Even if the economy is souring, the yield curve (like all other recession indicators) doesn't provide a clear idea of when people will begin experiencing the effects.

The Fed is lending billions to save the repo market

When a lender provides cash to a borrower in exchange for securities (often Treasury bonds) it is called a repo, or repurchase agreement. This credit market gives businesses that are securities rich but cash poor the ability to borrow money cheaply. The cost of borrowing money this way is called the repo rate, and this is how it works: 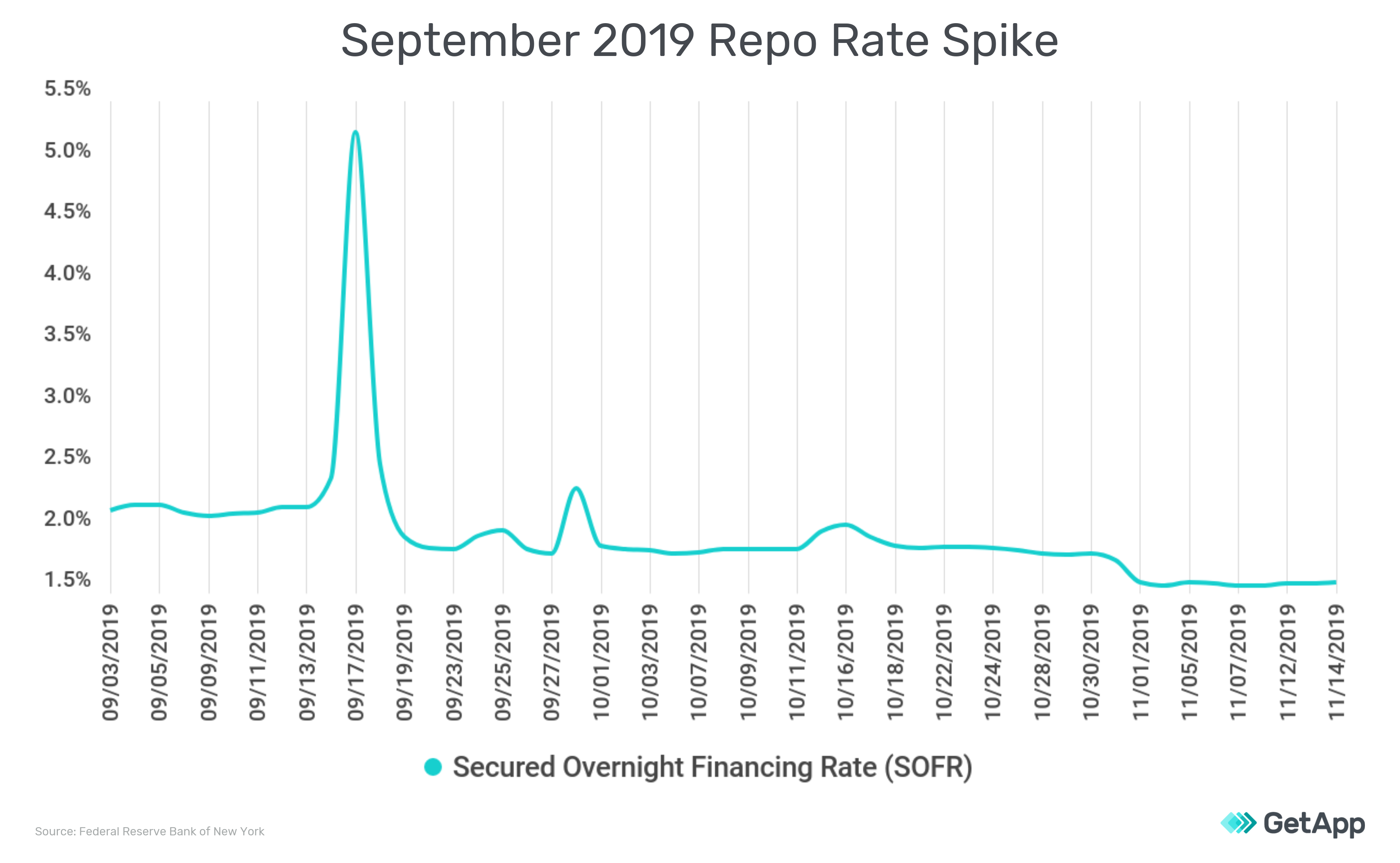 Repo loan rates soared in September due to unexpected cash shortages in the financial system. The Fed responded by injecting billions of dollars into the repo market. (Source)

With roughly $1 trillion in debt financed each day, the repo market is integral to a variety of transactions that make the U.S. economy tick. In mid-September, interest rates for borrowing money overnight using repurchase agreements soared—with bids increasing from 2.43% to 5.25% in just 24 hours.

In response, the Federal Reserve began pumping billions of dollars into the the repo market, marking its first major repurchase market operation since the 2008 financial crisis. The Fed has announced that repo operations will continue at least through January 2020, and so far it appears the central bank's plan is working—overnight financing rates were an average of 1.88% in October.

Despite lower rates, recent swings in the repo market have some investors worried. Future repo rate spikes could cripple the credit market banks depend on to fund their operations, as well as make trading bonds (a market that depends on liquidity) more difficult. If you're interested in reading more about economic recession indicators, the New York Times covers unemployment rate, ISM manufacturing index, consumer sentiment, temporary staffing levels, and more here.

Preparation is key to surviving the next recession

The cyclical nature of our debt-driven economy is steering us toward the next fiscal collapse. Economic indicators suggest a downturn is on the horizon, so develop a plan in advance for uncertain economic times. GetApp has helpful resources that explain how to curb the impact of budget cuts and navigate other effects of the next recession: