Find definitions for important typography terms in this comprehensive guide and understand the different types of typography elements. 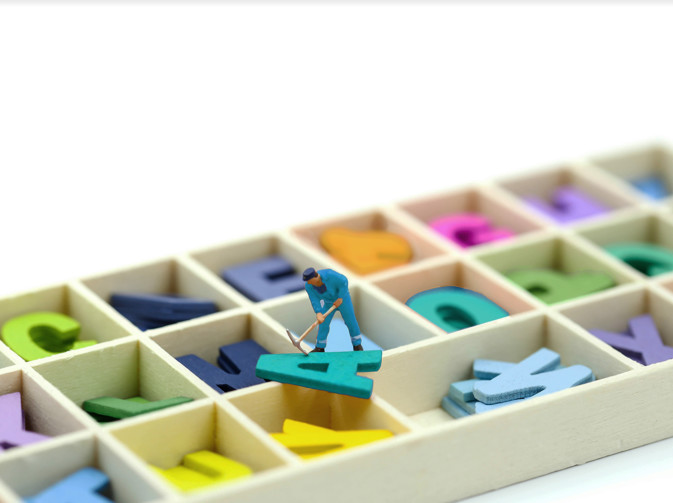 As a small-business owner, the presentation of text significantly affects how your leads and customers perceive your content and determines their attention level as they engage with your brand. Quality typography provides a seamless visual that reinforces your underlying message to match your company’s style and personality. For instance, you might apply typography with a fun and energetic vibe for your athletic apparel brand so you can win the attention of a younger demographic.

Due to the ease of scrolling and swiping between content in this digital age, a carefully prepared typography might prove to be the strategic difference that appeals to viewers at a glance and has them stay longer on your content. Let’s take a closer look at what typography is and how it can help you.

Typography refers to the overall visual representation of text as it appears across various mediums, including computer screens, paper, or billboards. People have applied typography since the earliest days of writing for promoting ideas and rallying action, as evidenced by elements, such as the historical obeli mark that evolved into the modern symbol for division.

When content developers engage in the typography process for your branding efforts, they dive deeper than font preferences and focus on other aesthetic elements, such as a displayed character's height, weight, orientation, and size.

Typography comprises multiple artistic components that shape the effectiveness of the displayed text. Slight tweaks to each element could result in significant changes in the overall presentation of your branding campaigns and their effect on target readers.

Characters represent the individual segments of text displayed to your readers. These may appear as alphabets, numerals, or unique symbols, such as quotation marks. You might occasionally find glyph characters that represent a character, often with accents and other modifications to the typeface. Stringing characters together form a script, and typography presents the script in a specific way to stimulate the desired reader responses.

Contrary to common belief, typefaces and fonts are not interchangeable terms. Graphic designers sometimes refer to typefaces as font families, which categorize the appearance of characters. On the other hand, font is a subcategory within a typeface, each with varying weights and styles of the core design.

Typography offers thousands of typeface and font selections, each expressing a different mood or theme, including romantic, fun, formal, and casual styles. Applying a suitable style can enhance your script's appearance and improve the content's effectiveness.

Serif typefaces feature additional typography strokes at the end of their letterforms. The style usually evokes a feeling of integrity and tradition. 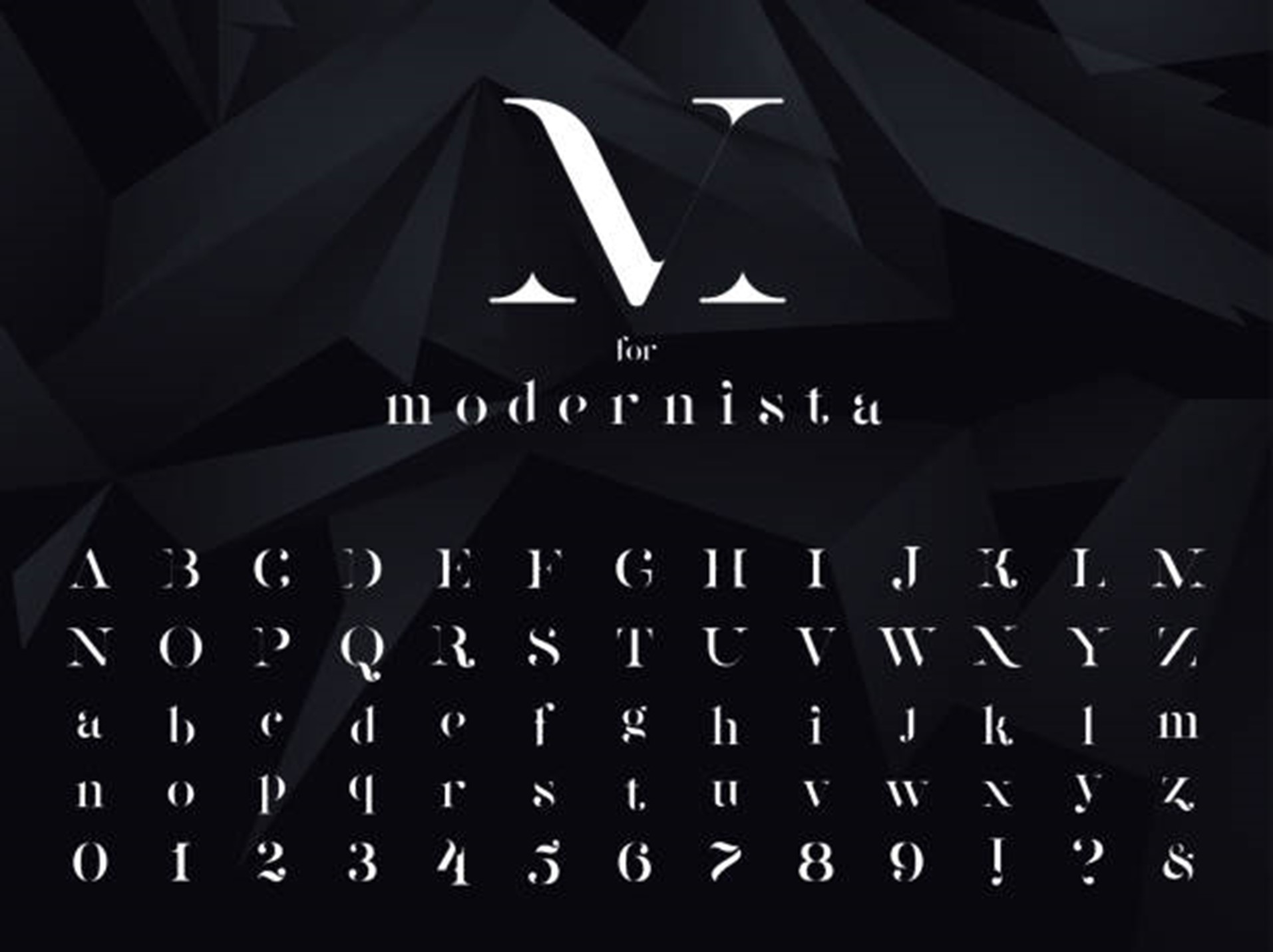 An example of Modernista, a serif typeface (Source)

Popular serif typefaces include slab serifs, where the strokes may appear as thick as the letterforms, and Didone, or modern serifs, with short-form content that promotes elegance and luxury. 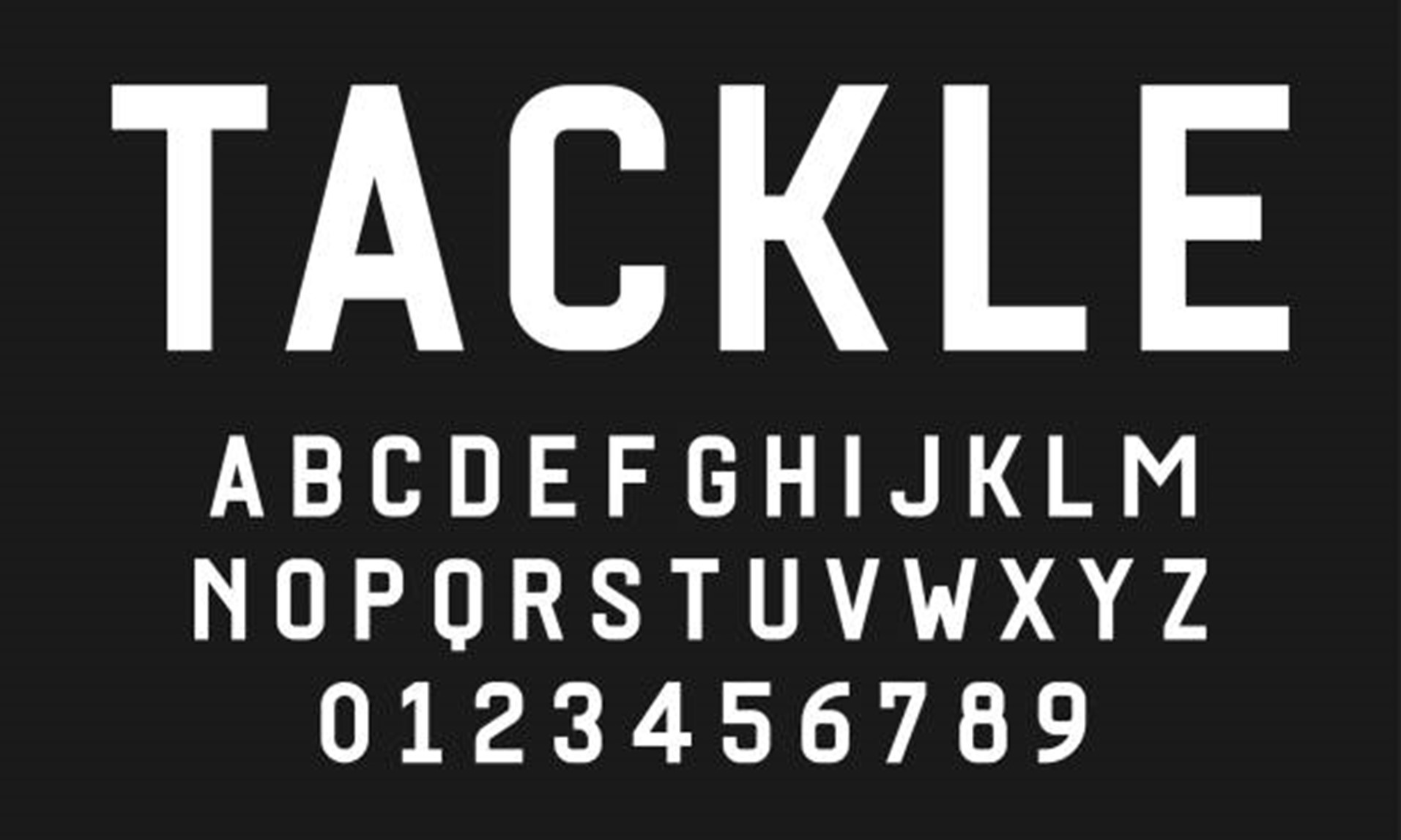 An example of sans-serif typefaces (Source)

These polished typefaces suit long-form writing due to their high legibility. Examples of sans-serif typefaces include Geometric, which feature symmetrical shapes, and Grotesque fonts known for their emboldened designs.

Typographing experts developed fancy typefaces such as Circus Freak Font or Vintage Style Font for crafting attention-grabbing headers and subheaders positioned at the top of a brand’s landing page. These typefaces feature exaggerated flourishes and an unconventional aesthetic that make them unsuitable for regular content.

There are many other things that go into creating visually pleasing typography. Below, we’ve listed two for you to keep in mind when creating your brand’s content.

The text alignment of your typography determines how it appears to your audience as they view your content. Messy placements may throw your readers off, and they may stop reading before reaching the end of your content.

The spacing between scripts also affects the overall reading experience, giving your readers the time and comfort to process the presented information. Leading refers to the spacing between two baselines (the imaginary horizontal line that holds most of the characters in a font) in a body of text.

Tracking involves the spacing between characters among text groups and helps you maintain an even appearance for each line. Your content's tracking space is inversely proportional to a script's typeface density. Kerning relates to the distance between individual characters, which affects the content's readability.

Typography fulfills a utilitarian purpose and comprises intricate elements influencing the reading experience. These components include:

A comprehensive understanding of typography allows you to define the type of visual style that will emphasize your brand's image and retain reader attention that inspires the desired action, such as following up on your content’s call-to-action.

GetApp offers a diverse inventory of advanced graphic design software that lets you conveniently optimize typography that will connect with your audience by enhancing your most valuable written content with highly engaging visuals.

Guest Contributor
Laurenzo has a profound love for writing and entertains readers on interesting and useful subjects by taking them through the corridors of language.
Visit author's page

What is Graphic Design? A Beginner's Guide

RGB vs CMYK: What's the Difference?

What's a Brand Style Guide, and Do I Need One?