16th Century Monks Used Immersive Technology—How You Can Too

It's taken hundreds of years, but immersive technology has now moved firmly into the business realm by enhancing customer experience and optimizing operations.

A few years ago, I was in Paris at the Louvre battling a horde of fellow tourists for a peek at the “Mona Lisa.” Frustrated by the ridiculous melee, I turned around to leave the room.

What I saw was extraordinary.

On the opposite wall was an absolutely massive-and incredibly captivating-painting titled “The Wedding Feast at Cana”. Suddenly, I realized what the “Mona Lisa” has been smiling at all these years. I walked closer until I was completely enveloped by the painting, surrounded by a cat playing with a wine jug on my right, children climbing columns above me, and men preparing meals in the distance.

It was as if I were there. 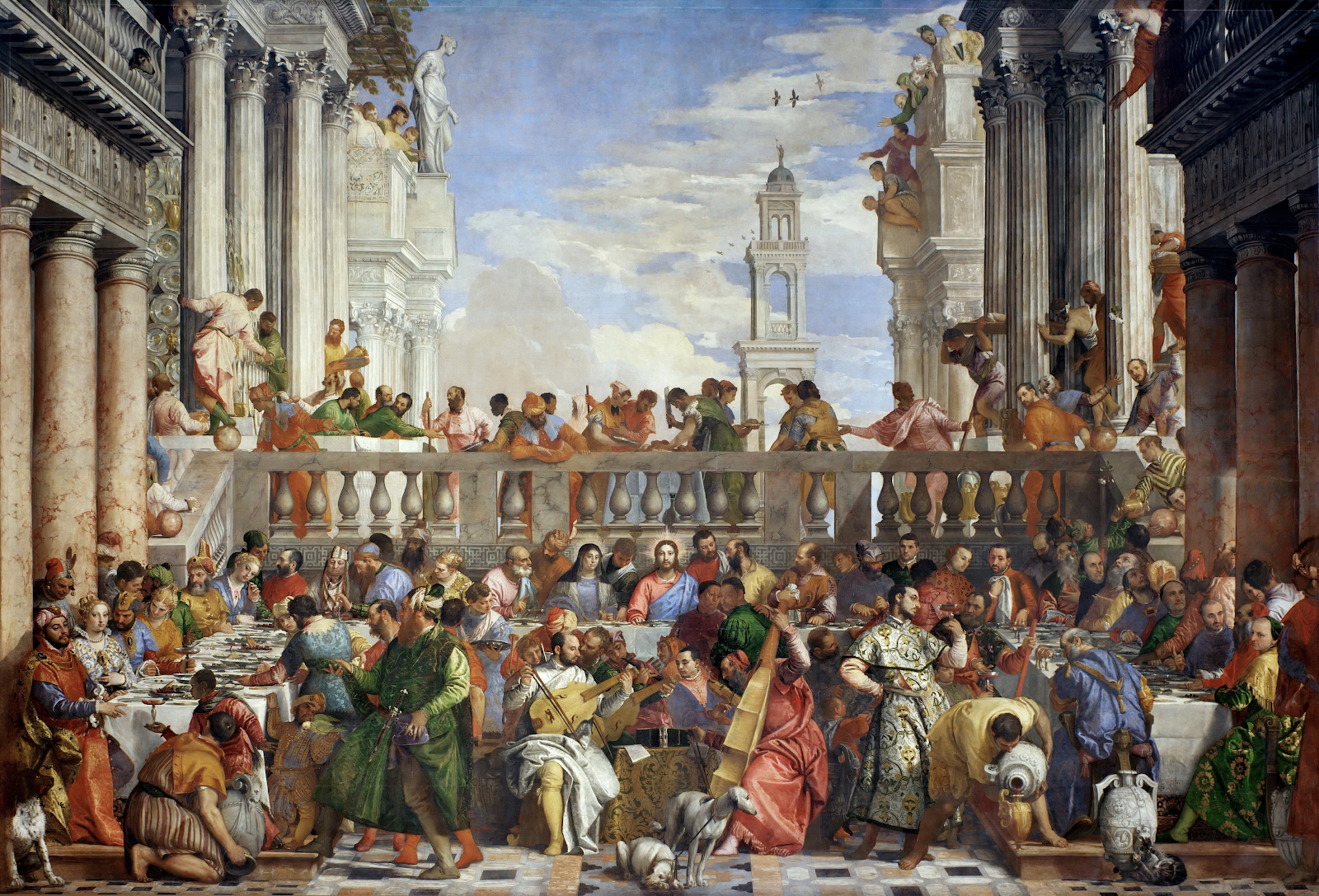 The painting was commissioned in 1562 by Benedictine monks to decorate the Basilica of San Giorgio Maggiore in Venice, Italy. The monks wanted a monumental painting that would fill the entire wall of their dining hall. According to the Louvre’s online description, the piece was “designed to create an illusion of extended space.”

I can hardly come up with a better definition of immersive technology than the following: technology designed to create an illusion of extended space.

Indeed, the term extended reality (XR) has recently gained currency as a catchall for various types of immersive technologies.

The convergence of our physical and digital worlds is reshaping how we experience information and perceive our environments.

However, until recently, virtual reality and augmented reality have been primarily the domain of entertainment and video games.

The early 1920s saw the advent of 3D motion pictures, although the technology didn’t boom until the ’50s and the format’s popularity ebbs and flows to this day. In the ’60s and ’70s, Salvador Dalí tried to bridge the gap from surreality to reality with his work on holographic and stereoscopic paintings intended to escape the limitations of two dimensional space.

During the 2000s, massively multiplayer online gaming (MMOG) exploded in popularity, and titles such as “Second Life” and “World of Warcraft” hosted hundreds of thousands of players simultaneously in wide open virtual worlds.

In 2010, a Kickstarter appeared for a device called Oculus Rift which promised a 90-degree field of vision and true virtual reality. In 2014, the Oculus company was sold to Facebook for a cool $2 billion, perhaps in an attempt to keep up with Google which had released Google Glass a year earlier. Later in 2014, Google released Cardboard, a cardboard frame to hold a smartphone in front of your eyes, creating a makeshift VR helmet.

But immersive technology is no longer just for entertainment. It has now moved firmly into the business realm with countless use cases enhancing customer experience and optimizing business operations.

The 3 Components of Immersive Technology

Virtual reality is a fully digital environment that completely immerses the user. Current technology typically involves glasses or a visor that blocks out all real-world visuals and sometimes incorporates multi-sensory aspects such as sound or vibration.

A flurry of VR data visualization companies has recently jumped into the market, such as DataView VR and Virtualitics. VR data visualization plunges the user into their data and offers new ways to explore and present information. This technology can also help to create a virtual office that provides the same experience for all participants regardless of location.

Everyone knows that learning by doing is more effective than rote bookwork. Virtual reality is highly conducive to experiential learning and is already being incorporated into education and business training programs. VR is especially useful for training that might otherwise be dangerous. For example, EON Reality was hired by ExxonMobile to create an immersive training environment for oil and natural gas workers.

Augmented reality layers digital objects or information over physical environments. While most people have been introduced to augmented reality through lighthearted phone apps such as Pokémon Go and Snapchat filters, the technology is making a serious impact on business. In fact, a recent report found that 68% of industrial companies are accelerating the use of augmented reality to improve worker productivity.

AR has opened an entire world of innovation for product design, customer experience, and promotional opportunities. For example, Nike is using augmented reality to scan your foot and ensure an optimal sneaker fit. Perhaps more impressive is IKEA’s Place app, which scans your home and allows you to visualize furniture in your space with very accurate measurements.

But even if you don’t have the resources of a Nike or IKEA, you can use affordable augmented reality software, such as Zapworks, to create AR apps with little or no experience and without programming skills.

AR for logistics and supply chain

AR technology is disrupting logistics and supply chains by improving efficiency and reducing errors. For example, AR-enabled smart glasses streamline order picking by ditching the traditional and error-prone paper picking process. Known as vision picking, warehouse employees are shown a digital pick list that stays in their field-of-vision while being shown the most efficient route to the items needed to fulfill an order.

AR for maintenance and field service

Perhaps the use case pushing immersive technology forward the fastest is its role in enhancing field service. According to a recent Gartner survey (report available to subscribers), AR for remote field support is the most impactful business use case for either AR or VR.

For example, instead of looking back and forth between a laptop and a machine needing repair, AR can be used to visualize step-by-step instructions that stay in view as tasks are completed. When necessary, field service technicians can also use AR to receive remote assistance by transmitting live visuals to an expert anywhere else in the world while remaining hands-free to complete the task.

Field Service Has the Most to Gain With Immersive Technology

An exhibit at the Kyoto National Museum is a prime example of mixed reality in use. Visitors wear Microsoft Hololens helmets to interact with Japan’s iconic “Wind God and Thunder God” painting. The technology allows visitors to interact with the piece and helps them to gain an appreciation for its history.

While immersive technology is rapidly being refined and its utility quickly expanded, it remains a relatively expensive investment. Microsoft recently announced their next generation Hololens 2 headset, which will be sold to enterprises only for use in industrial MR applications. Unfortunately, the helmets list for $3,500, keeping MR adoption well out of reach for most companies.

For now, most companies should consider how immersive technology can be used to improve business outcomes and decide which implementation (AR, VR, or MR) is most appropriate. This way, you’ll be ready as immersive technology development practices are refined and devices become more affordable.

Toward an extended reality

Since the dawn of humanity, we’ve lived inside of our heads looking out into a world that we can’t control. Now, we finally possess the means to alter that reality, enhance it, or build complete alternatives to it.

This means that you can leverage virtual, augmented, and mixed realities to effect digital business transformation, improve customer experience, and create innovative new solutions to old problems. This is technology that 16th-century monks could never have imagined.

OK, maybe the monks imagined it.

Note: The information contained in this article has been obtained from sources believed to be reliable. The products selected are examples to show a feature in context and are not intended as endorsements or recommendations.

Tech Strategies for Small-Business Owners in 2022: A Conversation With Bryan Kramer

Findings From a Decade in Tech [New Research]