MailChimp vs MailChimp Pro: Should You Pimp Out Your Chimp?

Is MailChimp Pro worth the investment? I'll go through some of its features, compared to what MailChimp has to offer.

MailChimp has long since dominated the email marketing world, and although it's a popular option among many email marketers for its ease of use and value for money, no app is perfect. Some users have expressed their disappointment with its lack of key features, limited reporting options, and lackluster customer support.

As GetApp user Paul Sizemore has noted, "It lacks some features that make it good for extremely large companies."

Some of MailChimp Pro's most notable features include:

The question is, do these features rub the genie's lamp the right way, and are they worth the $199 per month investment? Let's take a look at some user gripes, and see if the new features in MailChimp Pro solve them.

MailChimp: The testing features available in MailChimp include A/B testing of up to three variables for things like subject lines, 'From' names, content, and send times.

As one GetApp user has pointed out, however, "…emails often render weird in Outlook - this is a none [sic] issue and one that I've tried to contact support about numerous times."

MailChimp Pro: The Pro version offers up to eight different variables for testing, an upgrade from three in the regular version. Addressing the user issue above, there's also a new feature called "Inbox Preview", which will give you a preview of your campaign in over 40 different mail clients so that you can make adjustments to your campaign before sending if it doesn't look quite right. 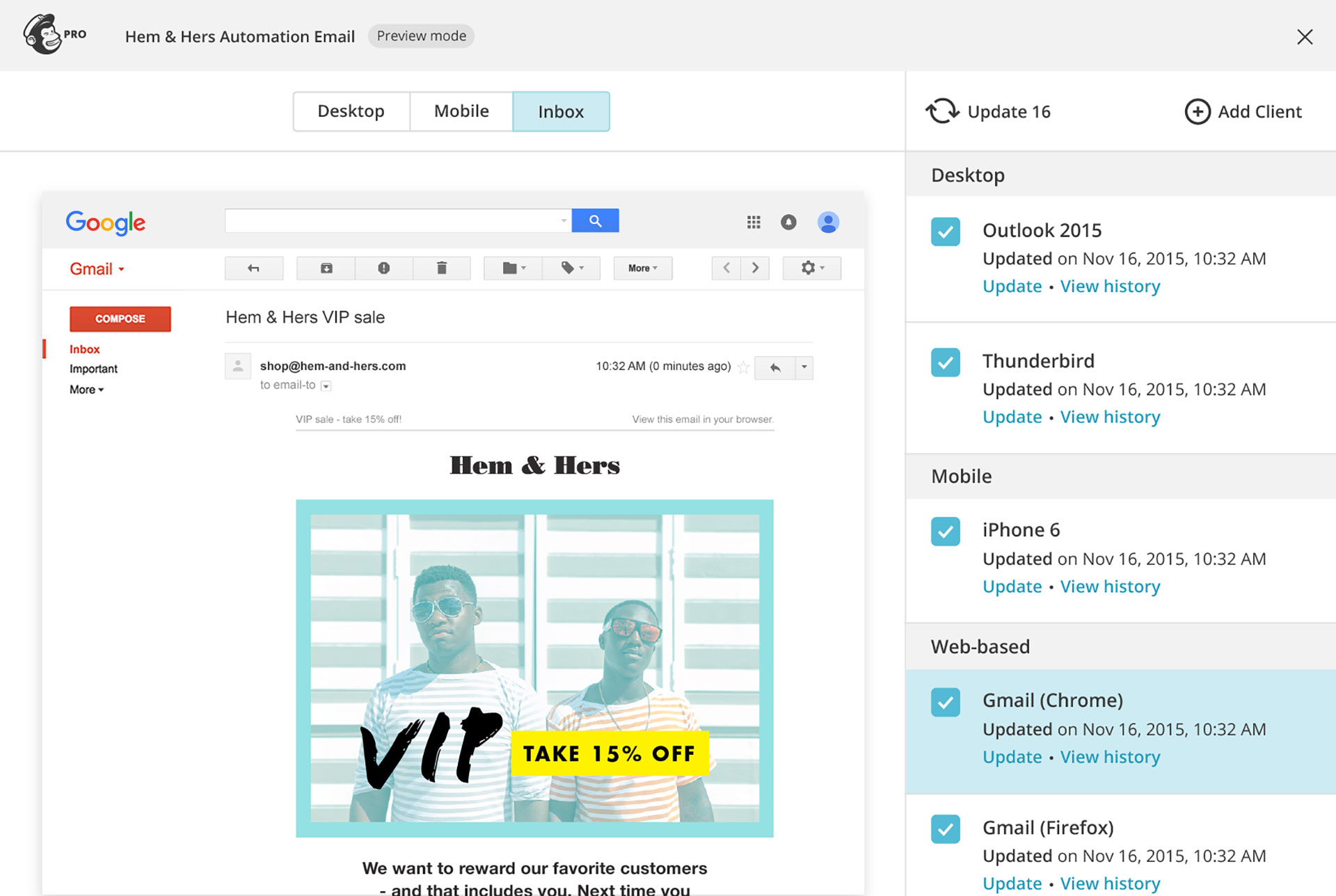 Mailchimp: Segmentation in MailChimp is possible to an extent, but it's mostly a manual process. This includes segmenting users who opt-in to certain groups when they sign up to your newsletter, as well as segmenting for factors like engagement, location, or data. The biggest caveat here is automation.

As one GetApp user has written, "the segmentation features are quite limited and to do anything really useful you'll have to do it manually (export CSV, update lists, etc… annoying)."

MailChimp Pro: Advanced segmentation options in MailChimp Pro let you add more conditions, including purchase history and website activity, demographics like age and gender, and e-commerce activity. After analyzing the performance of segmented campaigns, you can then turn those segments into mailing lists.

A new feature includes predicted demographics, which (big surprise) predicts demographic info of customers to be able to better target your lists by creating segments from that information and analyzing the results. 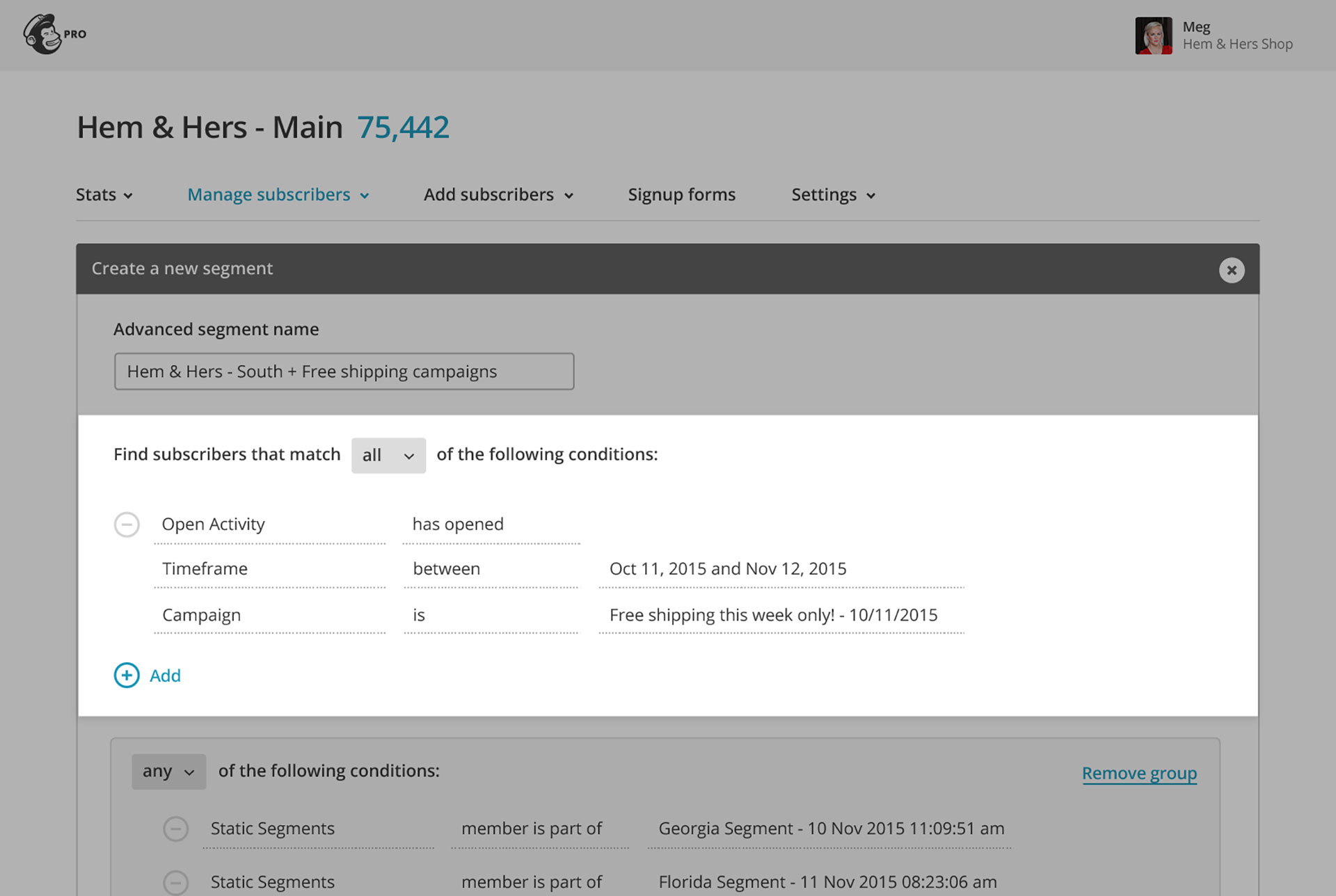 While the segments are more advanced, however, the process is still a manual one. While there are third party integration options available, there is no automation that will segment customers and create lists for you automatically based on clicks in MailChimp.

As one user points out, "One (and only thing) MailChimp lacks for me is a way to tag people based on their actions in your broadcasts. There are some workaround ways to get this done in MailChimp - but they could be improved."

MailChimp: Most users are satisfied with MailChimp's basic reporting features, which include open and click through rates, as well as being able to see which users clicked on which links. Beyond the basics, however, it's lacking any more in-depth reporting metrics. Further insights also call for exporting data and making your own reports.

As one user has noted: "automation may not be very straightforward [and] the reporting could be a bit more in depth." 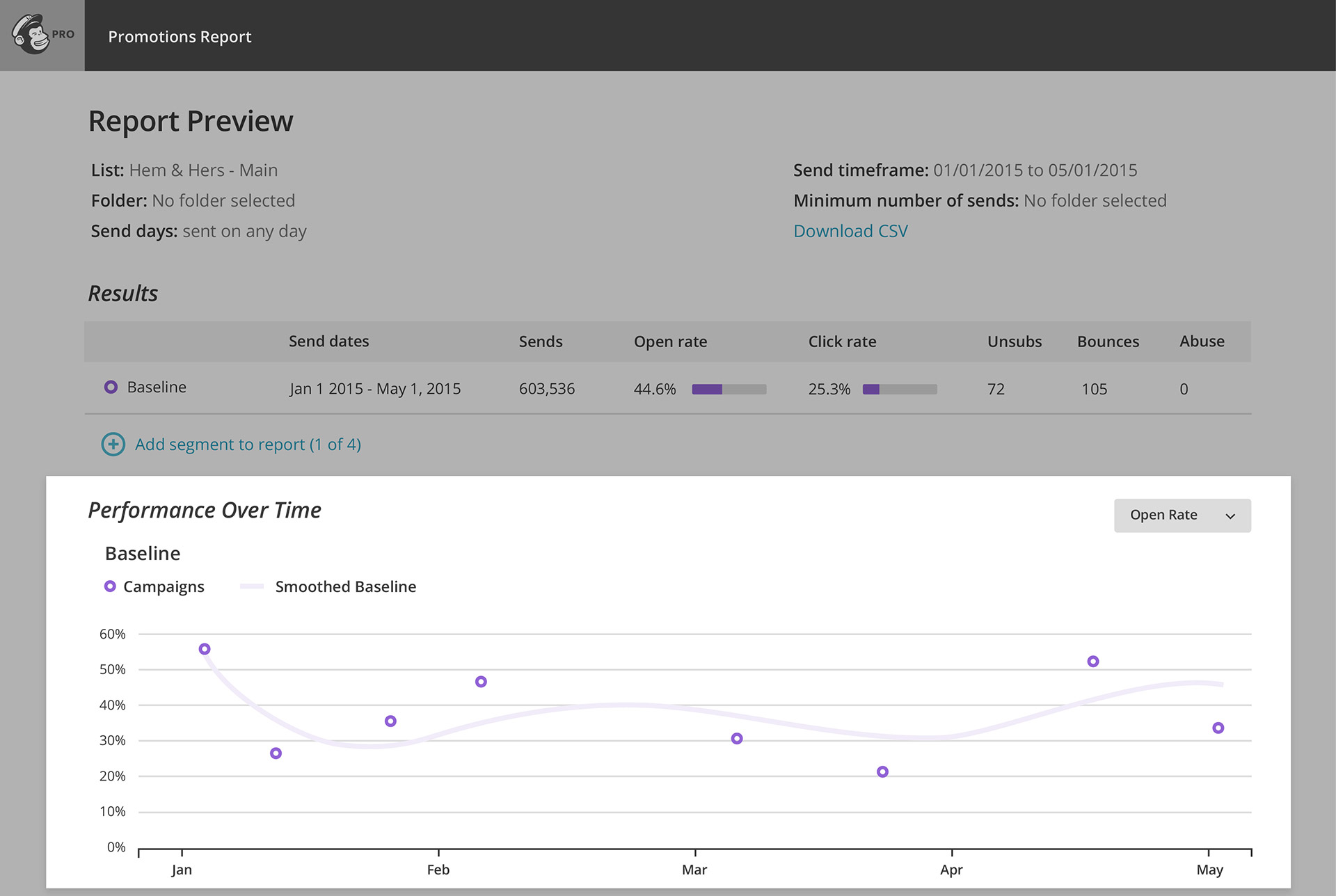 Delivery insights will let you track the progress of your campaign as it gets sent out, as well as a new feature that lets you stop the delivery before it's been sent, in case you've noticed an error and need to cancel sending (although it'll have already been delivered to the portion of the list that it's been sent to). 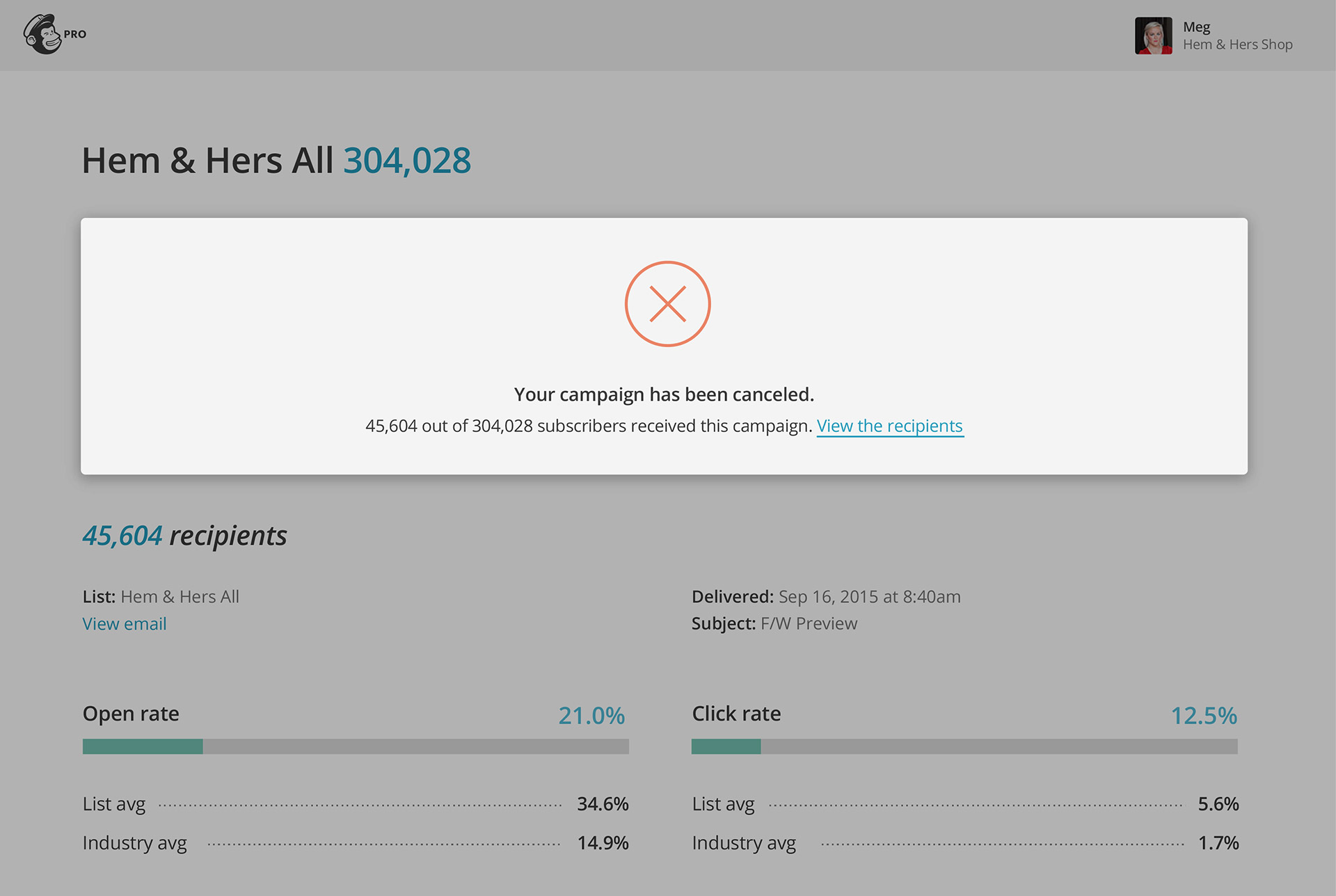 MailChimp: Customer support is an area that MailChimp has struggled to impress its users with in the past. Some people have complained of slow response times or lack of phone support, while for free users, support isn't even an option.

Says one GetApp user, "Free accounts have ZERO customer support. Before you could email them and get an answer, but now you have to pay. My goal is to get enough subscribers where I'll need to pay for their service, and then I can really take advantage of the app."

MailChimp Pro: As outlined on MailChimp's Pro page, upgraded users are given support priority and moved to the top of the support queue. This won't tackle the problem of no support for free account holders, but if customer support is important to you, it might be worth the price.

Should you go pro?

Building a Marketing Team to Increase Your Martech’s Impact: 3 Findings You Need to Know

7 Types of Content Marketing: Which Should You Be Using?

4 Tips to Improve Your Content Marketing as a Small Business