What Is a Tech Stack and How Do you Choose The Right One?

Planning to develop a software or mobile app for your business? Learn about the underlying elements used to make your application. 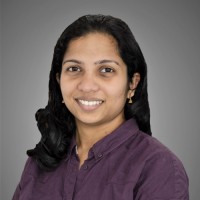 You’ll often hear developers talk about a tech stack when building software applications. They may say that adding certain features to your app isn’t possible with your current tech stack or that your website is slow because of your tech stack.

If these frequent references to the term “tech stack” have left you puzzled, this article is for you. We’ve explained what a tech stack is, how it’s different from—or similar to—a software stack, what is its importance, and how to choose the right one for your business. We’ve also shared the example of a social media giant that revamped its tech stack to become more customer-friendly.

What is a tech stack?

A tech or technology stack, also called a solution stack, is the set of technologies used to build and run software applications. It includes the web frameworks, programming languages, servers, operating systems, databases, etc., involved in developing and running a web or mobile app.

For instance, if you’ve built a web application (e.g., a website) using programming language Python and hosted it on an Apache web server, then Python and Apache are the elements of your website’s tech stack.

Two parts of a tech stack

Every technology stack can be divided into two parts:

*Note: Refer to the appendix for the definitions of common tech stack components. 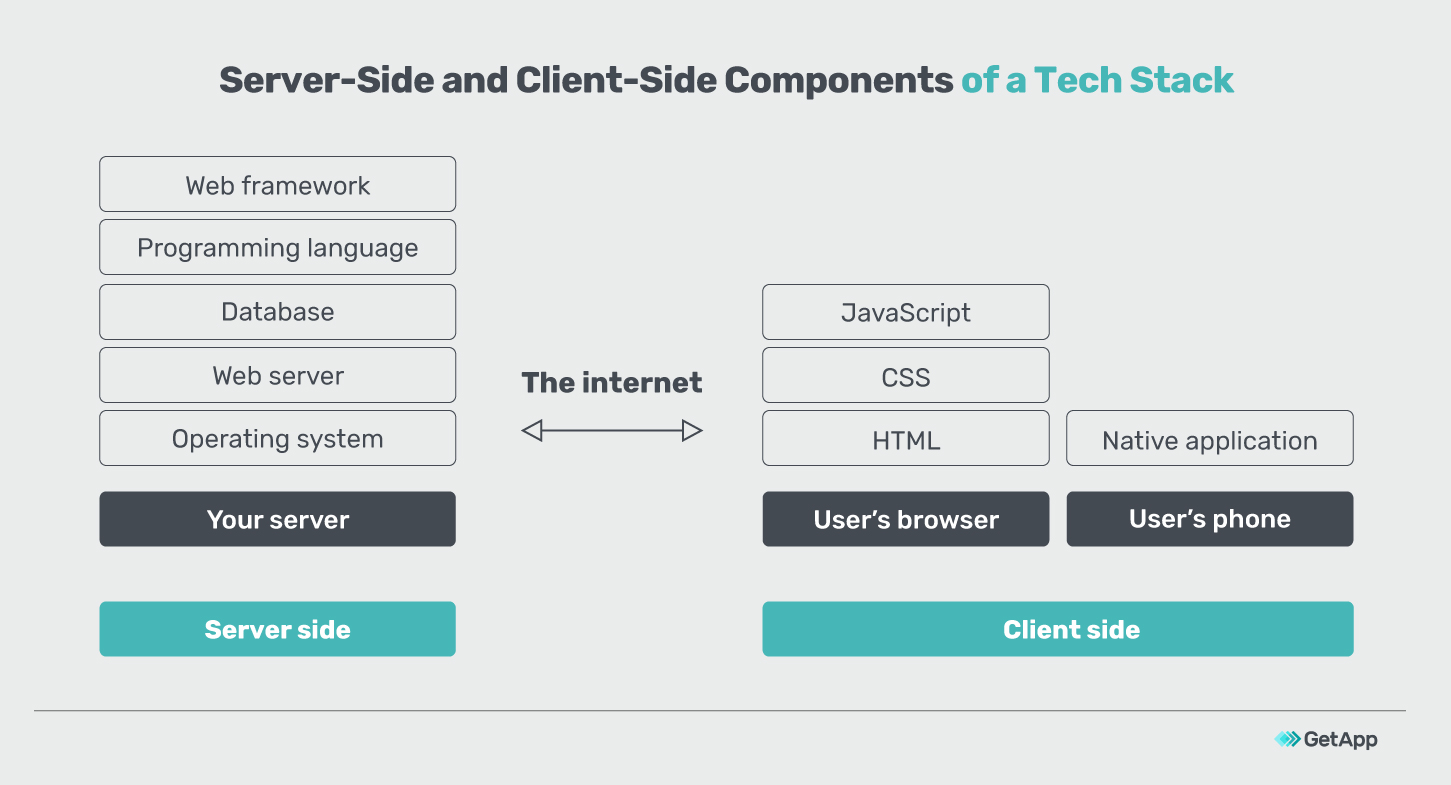 Components of a tech stack (Source)

What is a software stack?

A software stack is a subset of a technology stack and includes only the software components used to build an application. Programming languages, coding frameworks, operating systems, middleware, web servers, and installable files form the software stack. Similar to a tech stack, a software stack has server- and client-side elements.

When you use cloud-based services such as Azure to meet your application’s infrastructure needs, they also become a part of the software stack. In such cases, there is hardly any distinction between your tech stack and software stack. 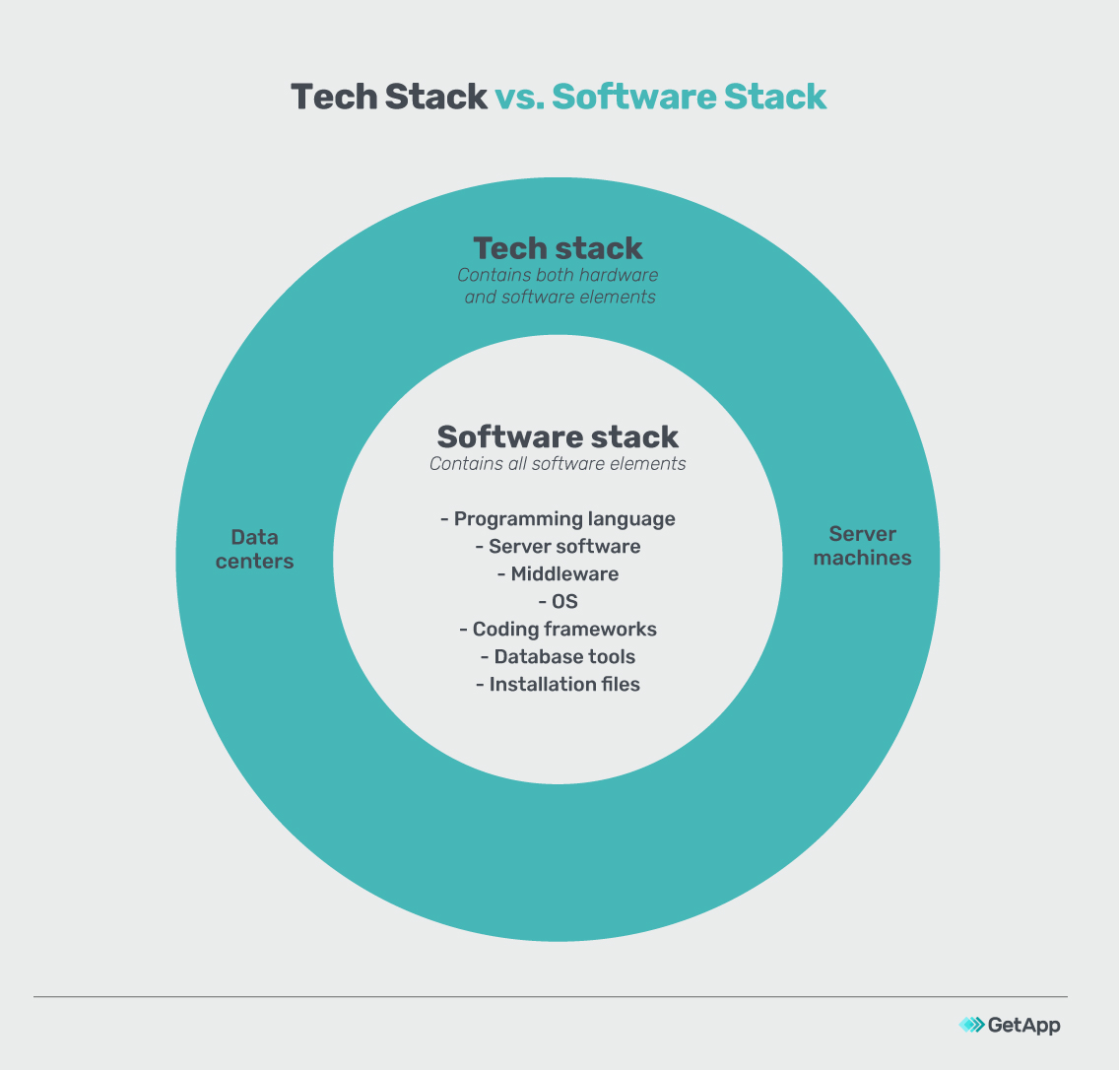 You don’t need to build your tech stack from scratch. Here are some popular ready-to-use stacks to save you time and effort.

This stack includes the Linux operating system, Apache server, MySQL database, and PHP programming language. All the components are open source; thus, you can customize the stack easily. For instance, you can use Python instead of PHP and keep the other elements the same. The LAMP stack is commonly used to build web applications that can handle dynamic content—i.e., web content that changes according to user characteristics such as in-session behavior, previous interaction data, and preferences.

The MEAN stack has the MongoDB database, Express.js server, AngularJS framework, and Node.js runtime environment. It allows you to easily scale from a minimum viable product (MVP) to a full-scale product, given the same programming language (JavaScript) is used during all app development stages. It’s suitable for applications such as calendars, maps, workflow management systems, and news aggregation sites.

The primary difference between the MERN and MEAN stacks is that the former uses React instead of Angular as the web framework. This makes it slightly more difficult to work with but offers the benefit of high-quality applications and interactive user interfaces (UIs). Unlike Angular, which has a predefined framework, React allows developers to tweak the codes for creating customized UI elements.

Here are the tech stacks of some popular web applications to help you understand the kind of output features and UI experiences you can expect from different tech stack combinations.

Why is your tech stack important?

Your app developer will repeatedly tell you choosing the right tech stack is important. Here are some reasons why they say so:

Your tech stack is akin to the foundation and girders of a building. Just like they determine the strength of the building and what further modifications it can support, your tech stack decides whether you can add more features to your application, improve its speed, or reduce its size for easier download.

Your software should be able to integrate with other third-party applications to offer a full range of features. For instance, if you’re building a payroll management app, it should integrate with human resources (HR) apps. Java, C#, .NET, and NGINX and Apache web servers are some tech stack elements that support easy integration.

Affects how much your app will cost

Your tech stack choice influences your app development costs. Cost of tech tools and developer compensation directly translate into your app development expenses. For example, developing an app in PHP is less costly than building one in Java or Python, considering the lower developer salaries for PHP programmers.

How to choose the right tech stack

There is no standard way to choose a tech stack. Your choice will depend on your project’s needs, time to market, and security and scalability requirements. It will also vary based on whether you’re developing a web or mobile app.

Here are five things to consider when choosing a tech stack. 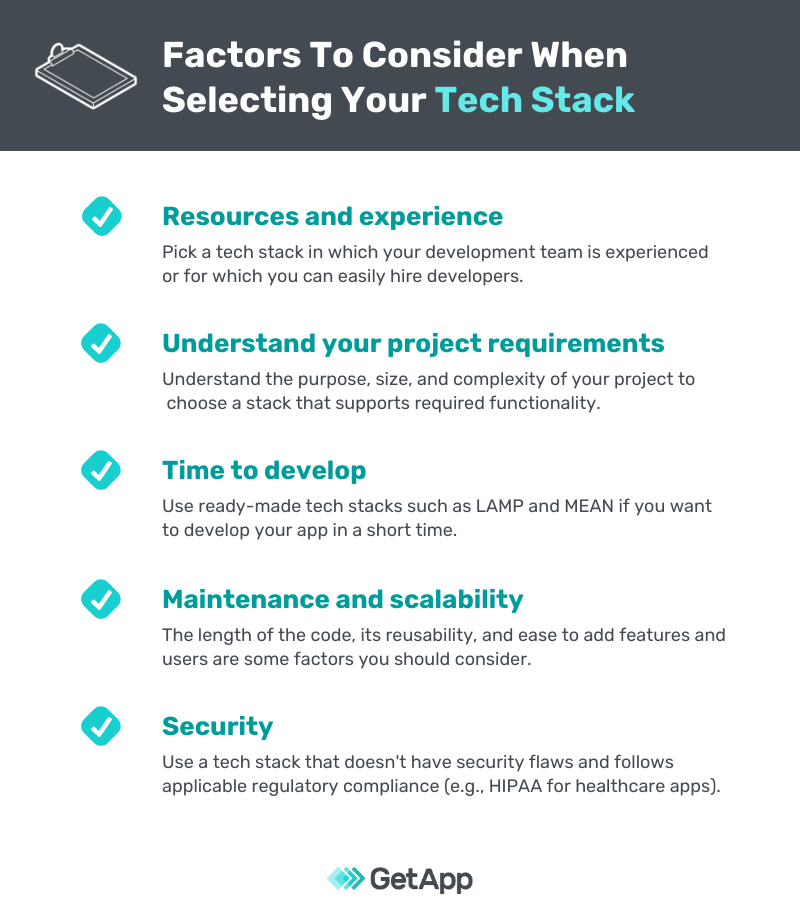 Despite evaluating the above factors and choosing the right tech stack, you may, at times, have to modify or even rebuild your stack to keep up with changing consumer preferences (e.g., videos and dynamic content) or advancements in app development technology.

When launched in 2004, facebook.com was a PHP website. Over the next decade and a half, the company’s tech team added new layers of technology to the original code to provide users various interactive features. These changes, however, slowed down the site and made maintenance harder. Moreover, some of the new features the team wanted to add, such as “the dark mode,” were difficult to incorporate. This forced Facebook’s tech team to relook its original tech stack to enhance the UI as well as improve its performance. The team decided to completely rebuild its tech stack. In the new stack, it used React, Relay, GraphQL, and JavaScript besides other elements. The overhaul not only improved the speed of Facebook’s website but also allowed it to add new features.

Tips to select your tech stack

Today, having a website and/or mobile app is an absolute necessity for your business. And if you're building one for the first time, it can get complicated, technical, or beyond your grasp (at times!). Here are some handy tips for you:

Definitions of some common components of a tech stack.