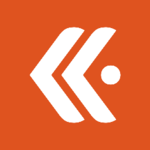 Like most SaaS consumption models, your deployment is extremely easy. Setting up dashboards is rather intuitive (for engineers) and the filtering capability is really good.

Overall I have good experience with Kentik as data analysis software, it has help to mitigate top talkers in network and make necessary optimization in network accordingly.

Kentik is a great product, their support is excellent, their product is as well.

At times the software can be a little difficult to navigate. This could be user error.

Additionally, it is mired with the same bugs as the standard UI and more. Most of the errors are around their timeline but there are other errors that cause major concern like data inconsistencies.

For a SaaS company, their updates have broken core functionality. In short, I would say their regression testing is lacking.

94%
positive reviews
94%
would recommend this app
Write a review

We've been long-time users and have been extremely satisfied with Kentik. The product has been essential for peering analysis and we've been able to roll out DDoS detection and mitigation extremely easily. Kentik is also used frequently for customer traffic analysis and troubleshooting.

Fairly straight forward to get running and extremely feature rich. Support has been awesome and helped tie features to business needs. The pace of feature additions has been good too.

Due to the richness of features it can be challenging to accomplish quick tasks for beginning users. Dashboards help. A more "browsable" method of obtaining data from devices might be nice.

Easy to use powerful product

We are using Kentik to analyze our traffic for reporting based up where it's coming from and going to, which allows us to quickly make decisions on where and how to add capacity. We are also using the monitoring and mitigation components to detect and signal mitigation when a ddos occurs on our network.

Kentik is very easy to use., classifying interfaces, adding devices and defining alerts is a breeze. Before we started using Kentik, we relied upon user reports and a cli driven interface to detect issues and attempt any sort of mitigation. Kentik has allowed us to setup automated alerts and signaling for mitigation of attacks, which after setting up and tuning, we are now able to automatically mitigate attacks in just a few minutes where it would take much longer before. Kentik has also given us a wonderful interface which we are able to use to at the click of a button pull reports which tell us where our traffic is coming and going from, while at the same time allowing us to share it with our customers with ease.

Overall, there are really no major cons that we have come across as support has always been very helpful when we are looking for a new feature or a way to do something.

Initially, it was a good fit as a predominantly 'in-house' tool. As we have exposed this data to customers, and used it more, we have found that the shell looks really good but the inner workings are suspect. Also, its rather pricy for the value it brings. We had high hopes for My.Kentik but those have failed to materialize.

Like most SaaS consumption models, your deployment is extremely easy. Setting up dashboards is rather intuitive (for engineers) and the filtering capability is really good.

For a SaaS company, their updates have broken core functionality. In short, I would say their regression testing is lacking. The My.Kentik Portal is a beta product. The entire premise is to expose the dashboards and panels you create to your customers or other business units/non-technical staff. In reality, this is just another window, that does restrict user access (thank you), but its still the same clunky UI that works well for technical people but not customers. Additionally, it is mired with the same bugs as the standard UI and more. Most of the errors are around their timeline but there are other errors that cause major concern like data inconsistencies.

We bought Kentik to give our operations teams visibility into the health and performance of our global network. The sales and support teams have been very helpful and patient with us to make sure that we are getting the most value from our account. Internal adoption by the operations groups took a very long time but now they can't function without the dashboards, slack notifications or NOC hooks

Sales engineers and support helped make setup simple. Webhooks, alarms and notifications provide valuable insights into how our network is being used

Kentik provides a very comprehensive set of tools and visualization capabilities. Getting everything set up efficiently for a medium to large network takes at least one dedicated person working on it for several weeks.

The versatility. Kentik was able to tell me so much about what was happening in the network. Normal traffic, abnormal... it was a lovely tool to show customers what they were doing. I was able to analyze what I needed to know so I knew who to peer with.

Versatility comes with a price - Kentik was very complicated to use. If you didn't use it very frequently, you generally forgot how.

The software itself is very versatile and that is a great tick in the pros column. What I like most though is dealing with the Kentik people.

It's very overwhelming at first. It's pretty easy to get past, especially with help from Kentik, but there's a lot that can be done and gleaned from it and it's very intimidating initially.

Best Flow Analysis out there

Kentik is a great product, their support is excellent, their product is as well.

Kentik is a great product that is a step above the rest. Its easy to use, it quick to setup, its very powerful and can be leveraged for many uses.

That its in the cloud and not onsite. If there was a hybrid option that would be useful.

I've been using Kentik for just over a year now and have been more than impressed. I've since scrapped my old Solarwinds deployment and don't intend on looking back. The support is very responsive and they definitely go out of their way to ensure you have what you need.

Honestly my only complaint is the fact that I haven't been able to sell my management on this tool for other networks that I manage. :)

Kentik is great to help you understand your traffic

So far I don't see any issue, but need to improve some UI for usability.

The software comes at a significant cost to our organization. I would love it to be onsite rather than cloud. I don't like sending our netflows to a third party, and once when we had a severe DDoS attack, we could not use Kentik since our data did not get to them.

Overall this tool is very useful, the onboarding team is very helpful

It's really nice to monitor traffic and packets. It's also use to look at BGP path, so it helps with day to day monitoring and troubleshooting.

There is a bit of of a set up and a learning curve. Once it's setup it's quite nice. The other issue might be cost.

Ease of use, extensibility via custom dimensions, snappy UI.

Sales has been really responsive to all our needs. I recommend them greatly.

I like the option of being able to make reports quickly. I can see trends, usage and potential problems with all the options available on the reports.

Took a bit to figure out all the report options. However, my Kentik sales person setup a demo with myself and my team to go over all the features. They also recorded the session so we can refer back to it when we need.

Kentik allows us to identify networks to target for peering relationships and by doing that help us reduce our opex spend on transit traffic.

Kentik allows us to drill down into traffic patterns and easily see whats going on with our Internet traffic.

At times the software can be a little difficult to navigate. This could be user error.

Overall I have good experience with Kentik as data analysis software, it has help to mitigate top talkers in network and make necessary optimization in network accordingly.

It is good software which helps to track the top talking AS/IP Address in an Network. It has multiple filters, which can be customized as per our needs, good thing is that it directly shows the host in the list where you need to filter.

It does not help to set threshold for traffic sourced/destined with Network address/port and detect DOS/DDOS attacks and generate alerts accordingly so network team can mitigate the same. It cannot alert network admin regarding IP hijack cases.

Kentik has helped us reduce truck rolls due to slow speeds as we can now determine if a user is having slow speeds or just over-utilizing their connection. This ability also allows us to upsell customers to a higher package therefore increasing revenue.

Its ability to show bandwidth usage to determine issues or validate that a customer is tapping out their connection.

It's not that user friendly. Some of our customer service reps without a technical background have trouble using it.