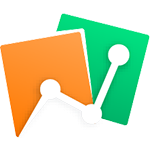 Zoho It is an easy-to-use software.

Zoho allows each visitor to interact with your website quickly and easily; helping the growth of each website.

The support from the technical team of zoho is practically null. Maybe it's because of its low cost.

Pagesense is coming along more and more with each few months. They are adding more tests, and that's great. I do wish they could refine a few things, but overall, I've been able to save clients money by running tests on their site to see how their users were interacting with their site, their forms, and more. It's been a valuable part of how I build and tweak websites.

Zoho Pagesense gives plenty of different tests you can do on your websites, and it makes it all super easy. From heatmaps to form testing to funnel testing, ALL websites need to be doing these kinds of tests. It is gradually becoming a full-featured scientific website testing suite. A/B testing, scrollmaps, attention maps, and more being added over time. But as mentioned already, it doesn't make things complicated. Everything is there to help you implement the code where it is needed, and the tools work, and they don't slow down your website as far as I can tell.

Some things on the interface aren't explained well, like in a heatmap. It shows where clicks have happened, and also a list of things that were clicked on. But you can't correlate the two. So it can be a little clunky to fully analyze the data on some tests. Also, there is no way to take a screenshot of the whole test or create a proper report. You can send a link to the test, but that's about it. I really would like a way that I could snapshot a heatmap or scrollmap and send it to a client.

Powerhouse but not user friendly

Intuitive, all purpose software that works great for small businesses with limited funds.

Part of the Zoho family of great business apps, Zoho PageSense is a great option for small businesses. You can test where your visitors are coming from, see how many visitors are converting to customers, test what they click and when, and best of all, it has an intuitive drag and drop interface, which is great for those of us that are sick of coding and difficult to use programs. You can customize your reports, filter the data to what you need, collaborate with other team members, and track your visitor engagement all super easily from the dashboard. Overall, there's not much that you can't do with Zoho PageSense, which makes it a great option for a full-service website management and optimization system.

The one con I have with this, and really, all Zoho apps is the customer service. Since the pricing is so wallet-friendly, support seems to have been one of the areas that has been overlooked. Granted, you won't need support that often because the systems are intuitive, but when you do need help, expect delays. Once, one of my support tickets went to a wrong inbox somewhere. I still don't know how, as I clicked the support button. A MONTH later, they got back to me. So if you need on-time, responsive support, Zoho may not be the best fit for you, and you'd want to look at some comparable options.

An incredible process that I have taken with this page, has helped me a lot with my work and the truth is that it is very good.

I have no complaint about this software, it is completely easy to use and recommended. My friends will listen to this page

Excellent tool for optimization of conversions in your site/landing page, etc. Really easy to use, great features. You can conduct great experiments in a drag and drop manner, quick and without involving developer time.

No reporting, several bugs that require customer support. Unless you have Zoho One, this might take a while.

The software provides valuable insight about the audience you are testing but it is a bit pricey. Difficult to afford if a small business.

The only con is the pricing, I found it was a bit more expensive than other softwares. Easy to use but pricey.

This template style set up I'd meant for a no developer.

It is inexpensive in comparison to competitors, so you can test many things out and not have to break the bank.

Due to it's cheap price, the additional team support by the company isn't the greatest. It also doesn't have a very advanced code editing section.